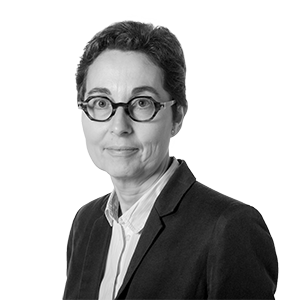 Have we had a sexual revolution?

One of the most important demands of feminism in the 1970s was that of a "sexual revolution". Fifty years later, can we say that this revolution has taken place? As the #MeToo movement and the more recent #MeTooInceste movement in France have shown, sexual harassment and abuse, especially of women and minors, is still very much alive fifty years after feminism began to denounce it. This sexual violence is transversal and affects institutions that should have the highest ethical standards, such as religious or educational institutions (ARA's report last Sunday about abuses by certain teachers at the Institut del Teatre is an example). In addition to the violence that the people who have been subjected to them have had to endure, the collective tolerance towards these behaviours shows the extent to which they were normalised and perhaps still, to a large extent, continue to be, at least until these collective actions began.

Beyond physical violence, feminism in the 1970s saw women's bodies and lives in general as oppressed by the patriarchal system, and called for their "liberation". Other "sexual minorities", such as gay men and lesbian women, also demanded the right to live their sexuality without fear of social reprobation and even criminal punishment. We recall that the infamous "law on vagrants and thugs" - converted by Franco's regime into the law of "social dangerousness", which included homosexuality - was not completely repealed until 1995; the crime of adultery, which penalised women especially, was eliminated in 1978. With the legalisation of contraceptives and, later, of abortion in certain cases, women's sexuality was "liberated" from many unwanted pregnancies. In recent decades, the growing number of women who choose to become mothers on their own thanks to assisted reproduction techniques unlink motherhood not only from sexuality but even from love as a couple.

We can say that, in our country, especially since the approval of gay marriage, these situations have become commonplace, to the point that the term homonormativity has been coined to refer to sexual-love relationships and family models that have been incorporated into the social norm. Although these transformations have undoubtedly brought a substantial improvement to the lives of many people, can we say that they constitute a revolution, in the sense of a radical modification of the traditional amorous-sexual regime? Sexuality is still burdened by a whole series of discriminations that affect those whose bodies are not normal and, therefore, worthy of enjoying a satisfactory sexuality: fatphobia, ableism (as described in the documentary film Yes, we fuck!), racism (including the hypersexualisation of certain ethnic groups), ageism, transphobia... are still very much alive, and perhaps have even been exacerbated by the growing weight of the social imposition of beautiful and healthy bodies.

On the other hand, the so-called romantic love -the narrative conveyed by films, series, books, advertisements and even celebrations such as the recent Valentine's Day which makes the couple the most important horizon of expectations in life, especially for women still- continues to wreak havoc, despite the efforts of many people, especially feminists, to defuse its strength. It is fair to say that some proposed alternatives, such as the free love or the more recent polyamory do not seem very satisfactory either, given that they often hurt - to borrow the title of Eva Illouz's essay - as much as romantic love.

Prescriptions about love and sexuality, feminist or not, are not very effective, because they tend to forget that this is a slippery slope: human beings are often in the hands of our impulses and cannot control them completely; general rules give way to each case, and it is unrealistic to try to apply them blindly.

This is not to say that everything goes: there need to be rules and even laws to protect us from violence and discrimination in matters of sexuality as well; the passing of the trans law would therefore be good news. On another level, although absolute egalitarianism is surely impossible in this field, since both love and sexuality are strewn with power games, what Michel Foucault - author of History of Sexuality - proposed seems reasonable, in the sense that these games must include the exchange of the dominant position for the people who play them. A too evident imbalance between these, such as the one between two people of very different ages, or between someone who depends too much (economically, emotionally...) on another, almost always leads to a toxic relationship. Although almost always does not mean always: to give just one example, the current French president, Emmanuel Macron, and his wife started their relationship when he was a fifteen or sixteen-year-old student and she was his teacher, married, with three children and twenty-four years older. Can we add up these data and conclude that this relationship was abusive?

Answering the initial question, one could conclude that the sexual revolution called for by the feminism of the seventies has not been a revolution in the sense of abrupt transformation. Even so, it is perhaps taking place, in a more muted but increasingly potent way. Works as recent as the hit Perra [Bitch] by Rigoberta Bandini or the latest book by Itziar Ziga, La feliz y violenta vida de Maribel Ziga [The Happy and Violent Life of Maribel Ziga], a tender and lucid account of a story of abuse and at the same time of love, show, at least, that certain current feminisms, uncomplicated, unafraid of paradox and even contradiction, are more realistic and effective than theoretical prescriptions.