Some central regions are suffering a historic lack of rain, while Terres de l'Ebre is going through a period of unusual humidity

The drought that has been affecting some central regions for more than twelve months is truly exceptional. The areas most affected by the lack of rain are the central coast, many parts of Vallès, Montseny and even the south of Osona and Moianès, areas that in some cases are usually among the wettest in Catalonia.

The standard precipitation index used by Meteocat to assess the precipitation deficit draws a picture of exceptional drought, especially if the data of the last twelve months are taken. In Barcelona, 2021 was the driest year since 1835: only 327.6 l/m² fell at the Fabra Observatory on Tibidabo, the lowest figure in its history. In Caldes de Montbui, 2021 was also the driest year for at least the last 72 years: only 336.4 l/m² fell.

Although the areas most affected by the drought are rather close to the coast, water reservoirs are already feeling the effects of the lack of rainfall. At this point the reservoirs of the internal basins of Catalonia are at 57% of their capacity, a much lower level than just a year ago, when it was 85%. In fact, the average level of the last ten years at this time is 73%, much higher than at present. One of the most critical situations is that of the Boadella-Darnius reservoir, which, in spite of the rain a few weeks ago, is at 41% of its capacity. To find such a low level of the reservoirs of the internal basins we have to go back to the autumn of 2019, just before the rainstorm in October and the subsequent rainstorm Gloria during January 2020.

At the end of October the drought alert was already declared for the municipalities that are supplied by the Fluvià and Muga aquifer. A total of 22 towns and villages, including Sant Pere Pescador and La Jonquera, have already limited maximum water consumption to 250 litres per inhabitant per day and also have limitations on garden irrigation, street cleaning and filling swimming pools and green areas, and a ban on filling ornamental fountains.

Sources of the Catalan Water Agency (ACA) assure that the water is guaranteed for at least ten months, although in l'Empordà, if it does not rain in the medium term, the water for agricultural irrigation will be compromised for the summer. The desalination plants are already working at a much higher rate than usual: if they normally operate at a rate of between 20% and 30% of their capacity, they are now working at 85%.

The key: the mistral wind

The drought is very strong and above all very persistent, a fact that surprises Meteocat research technician Vicent Altava, the person who follows droughts most closely at the Meteorological Service of Catalonia (SMC). According to Altava, both the extreme drought in the central regions and the extraordinarily wet period experienced by Terres de l'Ebre during the last months are surprising, two sides of the coin that could have a common root: the mistral wind. Recently, the north-westerly mistral wind has seldom blown; this has meant that the humidity was higher in the south, meaning very abundant even if often very scattered and irregular rains. One of these situations was the violent flooding caused by rainfall of over 200 l/m2 in a short time in Alcanar at the beginning of September.

On the other hand, in the regions where the drought is stronger is where the mistral often causes rain. These are the regions more hidden from the north and northwest wind, where this wind often takes the opposite direction, becomes humid and favours the rain. According to Altava, the lack of mistral situations during the last months has no clear explanation nor can it be linked to any climatic trend.

What does draw SMC technicians' attention is the severity of some of the droughts in recent years. None of them has been very general, but the affected regions have suffered with great intensity. This is the case, for example, of the very hard and persistent drought that between 2017 and 2018 mainly affected Terres de l'Ebre, but also some areas in Empordà and Gironès. Although there are no clear conclusions or studies done linking these latest severe droughts to climate change, it is true that these situations fit with what climate change projections indicate. The third report on climate change in Catalonia predicts "an increase in the severity and occurrence of droughts, especially from the middle of the 21st century onwards". 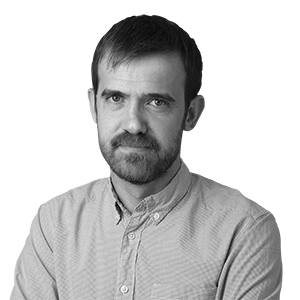