Climate change affects how birds behave and where they live

BarcelonaTemperatures that fifty years ago were recorded at the beginning of April now occur at the beginning of March, and autumns and winters are increasingly warmer. These changes have generated alterations in the life cycle of plants and animals, with important asynchronies in the interactions between species, for example between plants and their pollinators or between plants and herbivores. Similarly, climate change and global warming are causing variations in the behaviour of some bird species and the place where they live. This is corroborated by a study recently published in the Journal of Animal Ecology , which belongs to the British Ecological Society. The study analyzes changes in bird communities in eight European countries, Canada and the United States between 1980 and 2016, with data from more than 1,200 species (about 3,000 million birds in total population). This information is possible thanks to the participation of volunteer ornithologists, which in the Mediterranean has been made possible thanks to the Catalan Institute of Ornithology within the Monitoring Plan for Common Birds in Catalonia (SOOC) . This project aims to determine the trends of common bird species and, from the data obtained, to generate environmental indicators.

To carry out the study, the researchers have calculated the average temperature of the place where each species lives and, from this specific value and the monitoring data of the birds, the temperature associated with each community, which they call CTI (community temperature index). Analyzing the value of the CTI for more than 10,000 biodiversity sampling areas, from Scandinavia to the Mediterranean basin, it has been observed that this index has increased in the period 1990-2016 in northward movements. This is not only explained by the arrival of new species but also by changes in population abundance, according to the thermal optima of each species. The increase in the CTI during the study period is evident in most European countries, but the data analysed reveal a much more prominent northward shift in Scandinavian countries, where the effects of climate change would be more pronounced than in Mediterranean countries.

Thus, some of the conclusions reached by the scientists are that, for example, some bird communities in Europe and the United States are changing their habits and moving up in latitude in search of cooler environments or no longer migrate southwards due to the increasingly milder environment of the place where they live. These changes in habits are more evident in winter than in other seasons of the year. This seasonal discrepancy is probably due to the fact that individuals are less site-faithful in winter and can more easily change their hibernation site in response to the weather compared to the breeding season, when birds are tied to a particular environment for months because they nest and lay eggs, with the intention of not abandoning offspring even if weather conditions are not very favourable.

However, if one thing is clear it is that migratory birds move to where there is more food, fleeing from frost and harsh winters, but the trend in recent years, with mild winters, allows them to find food easily where they are and no longer have the need to move elsewhere to spend the winter. Another conclusion to be drawn from the study is that these changes in bird behaviour are less present in the Mediterranean, partly due to the fact that many species do not arrive from Africa and also because due to the increase in forest mass some species have found a more temperate environment to live in and have not had the need to move. Other determining factors are that, for example, the average temperature has not changed as markedly as in northern Europe, and the presence of numerous microhabitats and microclimates that allow species to adapt easily, despite the thermal anomalies recorded. 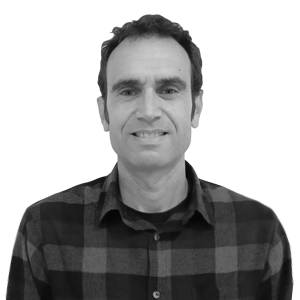