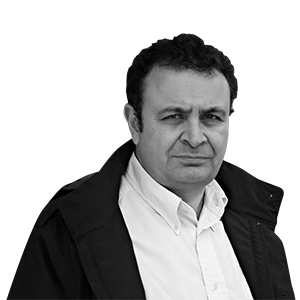 What has happened to Spanish society?

Since Franco's death, Spanish society has shown signs of tolerance in many areas. The Transition, of which a large majority is proud, was based on inclusive agreements between very diverse political forces, with a confrontational past. There was no major opposition to such controversial measures as the amnesty. I do not mean to say that there was no significant dissent, but it was channelled institutionally.

Despite ETA's terrorism, one of the most intense and prolonged in Western Europe, there were no major scandals about the government's negotiations with ETA political-military in 1982, nor about those that followed (except in Zapatero's peace process in 2006). And although there were some groups that supported the State's dirty war against ETA, in general no strong feelings of revenge were aroused, to the point that in the 1990s, in demonstrations against terrorism outside the Basque Country, it was common to hear the cry "No ETA! Basques yes!". Nor did the Islamist attacks of 11-M in Madrid or the Ramblas in Barcelona give rise to widespread xenophobic attitudes.

Spain is one of the countries that has experienced the greatest influx of immigrants in the shortest period of time, going from having a 2.5 percent immigrant population in 1995 to 13 percent in 2010 in little more than a decade. However, unlike in other European countries, there has not been a wave of racism, nor have we had openly xenophobic parties until the arrival of Vox in 2019. There have been integration problems, of course, but, in general, they have been smaller than we might have expected.

In many areas, Spanish society has shown signs of openness and integration. Surveys confirm broad public support for same-sex marriage and many other measures that have to do with freedom in lifestyles. Likewise, public opinion is overwhelmingly in favour of policies of redistribution and reduction of inequalities.

Even 15-M and its cry of protest aroused the sympathy of society. People understood the weariness with corruption and the distressing situation in which the country found itself, with young people without a future and lacerating problems such as evictions.

In contrast to all this, a majority of Spaniards oppose pardons. If there is one area in which Spanish society has set aside its tolerance and liberality, it has been the Catalan national and territorial crisis. Perhaps as the weeks go by, opinions will soften and opposition to pardons will be noticeably reduced. But the very fact that the initial reaction has been so negative is worrying.

There are many Spaniards who experienced the crisis of autumn 2017 as an offence. Some saw their feelings of national pride questioned; others thought that the political system that had been set in motion during the transition was being jeopardised. They saw neither the demand for a referendum nor, of course, independence as a legitimate demand. That's why the thesis of "coupism" took hold so quickly. If the pro-independence supporters are "coup-mongers" who threaten Spanish democracy, there is nothing to talk to them about, the only thing to do is to imprison them. The most extreme manifestation of the politics of intransigence towards the Catalan crisis has been the rapid and worrying growth of Vox after 2017, although we should not forget that the positions of the Popular Party and Ciudadanos are very similar on this issue.

These attitudes, evidently, are unevenly distributed and occur with very variable levels of intensity. In any case, they are much more frequent among the population over 60 years old and, above all, among right-wing people. But they are also observed in a considerable part of the centre and social democratic electorate. An exclusionary Spanish nationalism has re-emerged that may undermine the tolerant spirit that, with exceptions, has been dominant in Spanish democracy for decades.

For the good future of the negotiations between the Spanish and Catalan governments, there is nothing more urgent than to deactivate this intransigent background that has settled in so many citizens. And the best way is to put Spanish society in front of the mirror, is appealing to its tolerance in the past. When it discovers the ugly face that it puts on when it expresses its opinion on pardons, it will surely end up rectifying it.