Women protagonists... and producers: when actresses are the ones who rule

In the absence of interesting characters, many performers have opted to promote their own projects

When Reese Witherspoon turned 40 - in 2016 - she decided it was time to promote stories about women, still a minority on the small screen. She created the company Hello Sunshine -she had previously co-founded Type A Films- and in a few years she has become one of the most powerful producers in television today with hits like Big Little Lies (HBO), Little fires everywhere (Hulu-Amazon) and The Morning Show (AppleTV++). Witherspoon, who for years was seen simply as the protagonist of romantic comedies, is the reference for many other actresses who have followed in her footsteps and opted to get involved artistically beyond acting.

The actress has explained that the need to have her own projects was born out of frustration. In 2011 Witherspoon received a proposal for a film: it was a umpteenth project in which she had to play the girlfriend of the protagonist. The actress immediately turned down the offer and her representatives, surprised, assured her that she was the only big Hollywood star not fighting for that role. Thanks to her many years in the industry, the star of On a Tightrope met with the heads of the country's seven major studios to ask them one question: "What projects are you developing with a female lead?". Everyone's response sparked Witherspoon's creative engine: none. As she herself has explained more than once, one of the people she spoke to confessed to her that they had a film in the works with a female lead, "but they wouldn't make two in the same year".

Shortly after that experience, Witherspoon jumped into the production world by buying the rights to adapt two bestsellers starring complex women Lost by Gyllian Flynn, and Wild by Cheryl Strayed. Despite the success of the two film adaptations -Witherspoon received her second Oscar nomination- she still didn't have the recognition she deserved as a producer. "I had made the studios a lot of money, for years and years, but they still didn't take me seriously as a producer. Somehow they felt that the 25 years I'd been in the industry weren't enough to bring some kind of knowledge of how movies should be made or how they should be kept on budget", Witherspoon said. Her credibility as a producer didn't come, in fact, until the success of Big Little Lies which produced a perfect storm of good reviews, good reception from audiences and a shower of awards. In the production tasks, Witherspoon was accompanied by Nicole Kidman, also an actress in the series and is soon due to premiere Nine perfect strangers, which she also produced herself.

Inspiration for other actresses

Witherspoon's case has spurred other actresses to venture into new professional horizons as producers. One of the actresses who has been most outspoken about the inspirational role played by the star of Legally Blonde is Kaley Cuoco, Penny from The Big Bang theory. In 2017, when she was still starring in the sitcom, WarnerBros, the sitcom's studio, offered actors production deals through which to create their own production companies. While some of her co-stars accepted it, she declined the offer. "I wasn't interested in producing, in fact I was pretty intimidated by it", Cuoco says. It wasn't until she came across the book The Flight Attendant by Chris Bohjalian, that she became interested in producing. The actress says the first thing she did after reading the first line of the book was to call her lawyers to find out if Reese Witherspoon had the rights to adapt it.

Cuoco became the captain of the ship, as castmate Zosia Mamet has explained, and the transformation to producer couldn't have worked out better for her. The Flight Attendant has served to reaffirm her as an actress after having played a role popular but also limiting as Penny. It has also allowed her to aspire to the Golden Globe for Best Comedy and Best Actress. "I never thought I'd be nominated for anything, it wasn't my goal and it wasn't in the back of my mind. I'll get through it, there's nothing stopping me now. I feel like there's more on the horizon and my career is just getting started", Cuoco explained. In fact, in her new role as producer, she's already developing a series for AppleTV+ and a miniseries about the life of Doris Day that she herself will star in.

The latest actress to take the plunge into production is Kate Winslet with Mare of Easttown, a miniseries in which she has served as executive producer. Winslet has explained that she hadn't gone over to the other side until now because acting has always been enough for her. "With Mare of Easttown I felt it was the right time. Also, I'd already learned a lot about producing and I thought, 'If I ever have to produce, I want to know what I'm doing'. I don't want to just have the title, I don't want to do this. I think there are people who do it, but it's not my style," she explained. According to the creator of the HBO hit, Brad Ingelsby, Winslet has been present at all stages of the creation process and has been a key figure for a good working environment, even advising his daughter in fiction in an intimate scene. Unlike what can happen in other cases, Winslet did not become a producer to have total control over her character -or to take a share of the profits of the miniseries- but to be the leader of the project.

The figure of the actress-producer, increasingly common, has also been taken on by younger generations, as is the case of Hailee Steinfeld, 25. The actress and singer has made her debut as an executive producer with Dickinson (AppleTV+) a modernized take on the life of poet Emily Dickinson in which she stars. "The experience has been a real learning curve. When I read the project it seemed very special to me. I wanted to be a part of it and step up not only as an actress but also on another level". 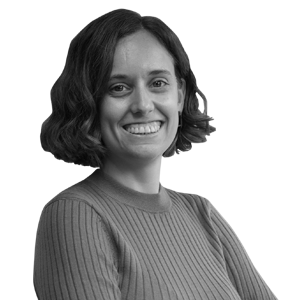