The pending task of Koeman's Barça

With the exception of the Copa, the team has failed in most of this season's important games

BarcelonaThe players were shaken after the defeat against Granada. The conviction in the dressing room was firm in the idea that they would win the game and that, for the first time this season, they would be at the top of the league. The defeat, which was received as a slap in the face, has changed the scenario. Barça can still be league champions, a milestone that after the first half of the season seemed a pipe dream, but they no longer depend on themselves. Dropping the three points against Granada was particularly painful because, as well as being a reality check - at the moment the blaugranas are a team under construction - it meant losing again in a crucial game.

Ronald Koeman has not had things easy since he arrived on the Barça bench, both because of the club's delicate economic situation and because of the months of interim management between the forced resignation of Bartomeu and the 'as soon as possible' of Carles Tusquets until the elections were held on 7 March. And, so far, the Dutch coach has earned the credit of the dressing room - "he goes straight to the point and has clear communication", explained the Ciutat Deportiva with regard to his treatment of the veterans; while the youngsters are grateful "that they are given opportunities" - but his management does not have the backing of important victories. This continues to be one of his unfinished business.

The Copa, in which they had to come from behind against Rayo, Granada and Sevilla, is the main exception, as the team had the capacity to react and in the final they were clearly superior to Athletic Club. But in the vast majority of important matches this season, whether because of the status of the opposition or the importance of the game, the team has faltered, and the coach's share of the responsibility has been there. In La Liga, apart from Sevilla away (0-2), Barça have been unable to overcome Real Madrid twice - a 1-3 defeat at Camp Nou and a 2-1 loss at Valdebebas - and Atlético Madrid once - a 1-0 defeat at the Wanda on the day Piqué and Roberto were injured - and, in the main opportunities they have had to take a bite out of the championship, the team has faded when expectations had been at their highest.

Stumbling over the same stone twice

The defeat to Granada on Thursday denied Barça a place at the top of the table, but the sense of a missed opportunity to strike a blow in La Liga was a déjà-vu. In the month of February, when the blaugranas were exploring a substantial improvement in their game, the 24th day appeared as a date marked to present a firm candidacy for the title. Despite the fact that they would not have been leaders at the time despite winning, they received Cadiz at home knowing that Atletico had punctured against Levante (0-2). But the result was disastrous: 1-1 at the Camp Nou against a team that had already beaten them in the first round. Barça remained eight points behind the colchoneros and missed the opportunity to move into second place, six points behind Simeone's side. "This draw is very painful", said Pique. "I'm very disappointed, more than Tuesday", Koeman said, referring to that same week's 4-1 defeat to PSG.

The Champions League symbolises the other major competition in which the blaugranas have not been at the height of the important days. Prior to the PSG clash, the team lost out on top spot in their group to Juventus in a disastrous 3-0 defeat at the stadium, despite having won 2-0 in Turin on the second day of the group stage. The 4-1 reverse against PSG brought back the worst European ghosts for a Barça side who at least salvaged some pride with a 1-1 draw at the Parc des Princes. Barça's other big game of the season in which they were not supposed to slip up was the Spanish Super Copa final at the start of January, but the team's fearful approach saw them lose 2-3 in extra time against Athletic Club.

There are now five games to go until the end of the league. The commitment of the players and the tactical reading of Koeman - who has shown that, at times, he abuses defenders to maintain results or, in the opposite case, strikers to look for desperate comebacks -, will be decisive in order not to make any more mistakes in the key dates. 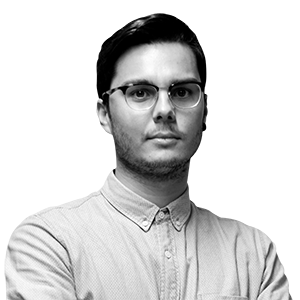