BarcelonaIt's official. After months of negotiations, Barça and Spotify have joined forces. The Barça board, which held an ordinary meeting on Tuesday, has given the green light to the Swedish music and podcast streaming platform, which will be the Catalan club's new sponsor. Starting next season and for the next four seasons, the company's logo will appear on the front of the men's and women's first teams' jerseys. The agreement also includes Spotify sponsoring both teams training kits starting next season and for the next three seasons. In addition, and for the first time in history, the Camp Nou will have a commercial name: it will be renamed Spotify Camp Nou. Barça has not made the sponsorship figures public, although the final sum will range between €70m and €75m, depending on bonuses. All this will have to be ratified by the extraordinary online assembly on April 3.

The club has also communicated that Barça and Spotify will work to "use the stadium's audiovisual supports and spaces to present and amplify the work of different artists and connect with Barça's global audiences through television," the statement specifies. When the Camp Nou redevelopment is complete with the Espai Barça project, Spotify will have a strong presence at the facility. "We are very proud to be able to announce a pioneering alliance like this with a worldwide brand such as Spotify. This union will allow us to continue bringing the club closer to its fans and making them feel, even more, part of the Barça family through unique experiences, which will allow us to combine entertainment and football, making it possible for us to reach a greater number of people around the world," said president Joan Laporta to the club's official media.

An agreement that comes later than expected

The fact that the agreement is official has been celebrated with joy at Camp Nou. It has not been an easy negotiation, despite the fact that the bulk of the sponsorship deal was already agreed at the beginning of last month. When Spotify officials took a photograph at the Camp Nou box next to Juli Guiu, Barça's marketing vice-president, on February 6, it seemed that the signing of the contract with the Swedish brand would be imminent. But it turned out otherwise. "We sent the contract to Spotify days ago, but they have not yet signed it and this is fuelling some concern," Barça sources told ARA mid-February. Another source familiar with the negotiations then conveyed a message of calm: "These things go slowly, it is a complex contract".

The snap captured by RAC1 in the Camp Nou box, after the victory over Atlético de Madrid (4-2), caused a stir at the club. "It was a gesture, it is normal that they come over to meet Barça," a source part of the negotiations told this newspaper. But the board and executive leadership did not appreciate this photo becoming public while it was negotiating the final details. In fact, the negotiations continued at a distance at a slower pace than the club wanted, as it was eager to close a sponsorship deal that it had been working on since November, when the club received the first offer from Daniel Ek's company. The Swedish company, considering it had the upper hand, had no problem in delaying the agreement to try to reduce the amount it would pay. The former general manager of Barça, Ferran Reverter, was the one who was trying to get more money out of the operation, but he resigned on February 8. This led Ek and his collaborators to feel they could continue stretching out the negotiations.

With the Rakuten sponsorship deal coming to an end at the end of this season, signing the new sponsor was an absolute necessity for the club. The club is working to close this year's budget on a positive note after Laporta's board counted the losses inherited from Josep Maria Bartomeu's administration at over €400m. While progress is being made in sports planning with the signings of Franck Kessié and Andreas Christensen already in place, the president is working on other ways to generate income. These are the agreement with the investment fund CVC and the sale of 49% of Barça Studios and BLM (Barça Licensing & Merchandising). Of these three avenues, the most progress has been made with CVC. The other two are at an embryonic stage, still far from the club's expectations. The CVC deal, as ARA has already explained, would allow Barça to receive between €270m and €300m based on the assumption that the money will come in as capital, as happens with the clubs that are limited liability companies (SAD), and which have already received the liquidity in the framework of the LaLiga Impulso project. 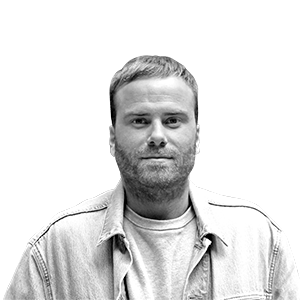 Real Madrid's pressures over VAR and refereeing come to light