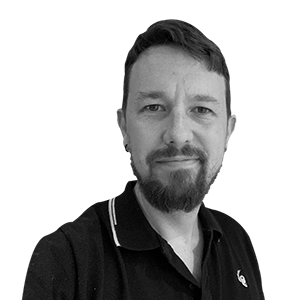 2. Judiciary. The General Council of the Judiciary's (CGPJ) mandate expired two years ago. Its president, Carlos Lesmes, a former PP high official, made evident the existence of a judicial right wing which operates together with the political and media right wing to attack the government and especially the left wing members of the government. The appointments which were carried out after the mandate had expired prepared the ground for the dominance of the judicial right during the coming years and many of the CGPJ's president's statements against Podemos ministers have cleared any remaining doubts about his political positions.

Lawfare against Podemos and against Catalan and Basque sovereigntists destroys one of the foundations of democracy: judicial independence

3. Corruption. The main party on the Spanish right is a corrupt party. Despite its power in the courts, its leaders and the party itself have been condemned ad nauseam by the courts. Illegal financing has been the mechanism by which the PP has been able to cheat in numerous electoral processes. Illegal donations from big businessmen to the PP in exchange for administrative concessions are a acknowledged and proven reality. The revolving doors that allow strategic companies to buy the influence of former politicians to protect their interests have continued to operate at full capacity in recent years. The financing of big political parties at state level, with the exception of Podemos, depends on the banks.

4. Far-right. The political, media and judicial reaction to Catalan independence and Podemos has had a genuine political product: a neoliberal and centralist ultra-right that has become a necessary partner for the PP to return to govern Spain. It is a party that openly vindicates Francoism, that promotes outlawing left-wing parties, that does not consider the current government legitimate and that has shown itself to be in favour of the illegal mechanisms necessary to bring down the government.

5. Patriotic Brigade. The existence of irregular operative groups of civil servants directed by high police commanders has been proven in courts and in parliament. Sometimes they have acted by themselves and sometimes under the orders of PP ministers, but always in the same direction: illegally pursue and try to fabricate evidence or news to discredit the opponents of the right (Podemos and pro-independence parties) or to intimidate the "repentants" among its own. Superintendent Villarejo, paradigm of the Spanish deep state, has admitted in Parliament to the existence of groups which were even prepared to kill.

Is Yolanda Díaz right in agreeing with the PP and the PSOE to renew the Constitutional Court even if this means voting for PP candidates? I think so

6. Media power. The concentration of media ownership in Spain and the mostly conservative character of its owners makes the media correlation of forces overwhelmingly favourable to the Spanish right wing. The normalisation of lies and hoaxes in recent times, as instruments of ideological combat against the left, has made the deontological rules of journalism the exception rather than the rule.

7. Lawfare. When judicial authorities do not act out of a desire to safeguard the law, but with the obvious desire to persecute or wear down a political player, it is called 'lawfare'. For many jurists it seems evident that there has been and there is lawfare against Podemos and against the Catalan and Basque independence movements. We are not only talking about persecution or exemplary measures against left-wing musicians or artists, we are talking about actions against political forces that are decisive for the country's governability. Lawfare destroys one of the most important formal foundations of democracy: judicial independence.

Coda: Is Yolanda Díaz right in agreeing the renewal of the Constitutional Court with PP and PSOE, even though it means voting for PP candidates? Would she be right in agreeing the renewal of the General Council of the Judiciary with the right, since the PSOE has renounced to changing the election system to avoid the PP's veto? In view of Spanish democratic normality, I think so. Any candidate proposed by the PP to occupy a position in the high judiciary will always be mired un the suspicion of collusion with the corrupt or corruption. I understand and share the reluctance and moral nausea that it produces but, in view of the process of involution that drives all reactionary powers, any democratic barrier that can be erected against the eventual reactionary political will of the high kudiciary of the State seems a reasonable measure of self-defense.