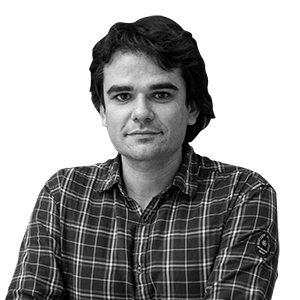 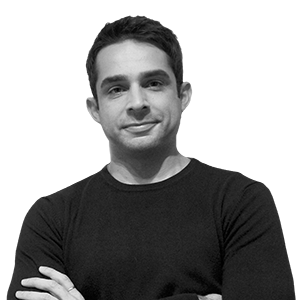 Refugees and housing: law and reality

With the drama in Afghanistan, the refugees issue has returned to the headlines. And perhaps it is time to remember that, with their gradual arrival, and in a changing context, the member states of the European Union have been applying integration policies with unequal results in which one can see a large gap between what the law says and what is applied afterwards. This is, in fact, the main conclusion of the latest NIEM (National Integration Evaluation Mechanism) report, a European project developed by think tanks in several countries that evaluates integration systems for refugees. Despite the fact that the 14 EU countries analysed have legal frameworks comparable to international standards in terms of the protection of migrants and refugees' rights, administrative barriers and the lack of resources, coordination and actions tailored to the needs of this group make it impossible for them to exercise the rights recognised by law. The gap between the legal framework and integration policies is especially marked in key areas such as housing. The Spanish and Greek cases are paradigmatic in this sense. Let's take a look at it.

When rights protected by laws and treaties are emptied of meaning, integration becomes almost a chimerical mission

Article 36 of the Spanish asylum law guarantees refugees access to housing under the same conditions as nationals. However, the resources of the asylum system are insufficient to guarantee this right. The study ¿Nuestra casa, vuestra casa? (Olatz Ribera-Almandoz, Carlos Delclós and Blanca Garcés Mascareñas, 2020), focused on Catalonia, shows that the structural problem of access to housing is aggravated in the case of a group at risk such as refugees. Short contracts (31% of contracts are for six months or less) that force constant changes of housing (an average of 3.3 houses and 2.4 municipalities per year since their arrival), a fact that in 27% of cases has meant spending periods of time sleeping on the street. If we add to this the fact that the central government's International Protection Reception System pushes refugees, in the transition from the first to the second phase of integration, to look for their own housing without taking into account the waiting times in obtaining work permits, the integration processes are blocked and, despite a promising legal framework, many refugees end up in destitution. In addition, Spain has one of the lowest proportions of public housing in the EU, which makes the private market the only option. A difficult option, as language difficulties, regulatory obstacles to accessing a rental contract and xenophobia among tenants make access to housing very difficult. The lack of a systematic strategy at state level to address this problem and the lack of coordination between public and private actors make access to housing one of the main obstacles to refugee integration.

In Greece, 'housing' ranges from the huge reception camps on the islands to the network of apartments for refugees rented by the ESTIA programme (Emmergency Support to Integration & Accommodation), a programme in which the Greek state, UNHCR and the EU all participate and which provided housing for families in the process of being recognised as refugees. Once recognised, they had the right to continue living in the flats, but from March 2019 the period of stay was reduced to 6 months, and from a year ago, to 30 days. The program is now under review and in the process of being handed over to the Greek state converted into a much more restrictive aid program, which has forced thousands of refugees to leave the homes where they were living. Many have ended up on the streets.

Beyond implementation problems, in Greece there is also an active violation of the basic rights set out in the legal framework (already among the most restrictive in the EU, according to NIEM) by the authorities. This violation goes beyond the unhealthy conditions in many camps and the constant "hot returns". This is the case, for example, of the mayor of Calcis (Evia), who recently, once the management of school transport was transferred to the municipality, refused to provide school buses to the refugee camp of Ritsona, which is 20 km away from the city, thus taking away the right to education of hundreds of children. Only the tenacious defence of the right of the students by the head of education in the camp, a secondary school teacher who, with the support of the families, publicly confronted the mayor and the apathy of the ministry, and took the case to the Ombudsman, generated a wave of indignation and finally forced the mayor to assume the transport of the refugee students, under the pressure of the judicial authorities. There are also opposing cases of municipalities that have launched integration initiatives beyond the insufficient governmental framework, a fact that shows, beyond the goodwill of some authorities, the absence of a comprehensive plan that goes beyond the management of a humanitarian emergency.

When the rights protected by laws and treaties are emptied of meaning, integration becomes almost a chimerical mission and, at the same time, exclusionary policies can grow even within an apparently untainted legal framework. Another worrying example, then, of the "narrative" games of current politics, putting the lives of thousands of people at risk.