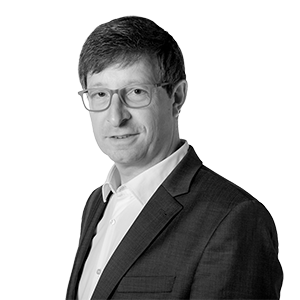 Last April, when we still had no idea how the pandemic would affect us but we could already see that the effects would be devastating, I wrote in these same pages that, when we put this health crisis behind us, what would remain for history would be the number of deaths. The stream of data and indicators that we process every day to try to understand where we are and what can happen to us will be quickly forgotten, but when we explain to future generations how dramatic the times of the pandemic were, we will sum it up by highlighting the deaths it caused. As in any catastrophe, this is usually the macabre unit of measurement.

Now that it is almost a year since the pandemic broke out and that the dead are already counted in the tens of thousands, the coldness of this figure can also help us to understand whether the various ways of managing the situation have been more or less successful. This analysis is not easy, because it is too easy to compare data that are not comparable or to use data obtained from different sources and methodologies that do not allow us to draw useful conclusions.

Comparisons between Catalonia and Madrid are often odious, but if we make a dispassionate exercise we will see that they have a similar volume of population - 7.65 and 6.75 million inhabitants, respectively -, concentrate the bulk of their inhabitants in urban areas, have similar age pyramids and have comparable health and care resources, so we could conclude that the magnitude of the tragedy would have to be very similar. However, the reality of covid-19 mortality in one place and the other presents very significant differences and it is reasonable to ask why.

With the latest data published by the Spanish Ministry of Health, the Madrid region has registered 51.22% more deaths per million inhabitants than Catalonia. Since the beginning of the pandemic, the frightening death toll in Madrid has been 12,479 and in Catalonia it has been 9,359, according to the same source. This means that Madrid, with almost a million fewer inhabitants than Catalonia, has registered 3,120 more deaths.

Let no one think that the comparison of these figures is intended to make an absurd confrontation of deaths. These data should be used to make an initial assessment of the effectiveness of the strategy of the fight against the pandemic carried out by the Catalan and Madrid governments.

If for some unavoidable reason you have had to travel to Madrid or you have heard from people who have been there recently, the conclusion is that while in Catalonia we have to endure severe restrictions and limitations on mobility, in Madrid everything is open and many restaurants and public spaces are overflowing with people. Often, after observing this disparate reality and seeing that the rates of contagion or the risk of resurgence are similar, it is easy to get the feeling that in Catalonia we are fools because our authorities are asking us to make useless sacrifices while in Madrid everything is easier and the management of the pandemic is presented as a kind of miracle where the same results are achieved without asking the citizens to make sacrifices. In reality, however, the data paint a very different picture because there is no explanation for the fact that the Madrid miracle has led, to date, to fifty percent more deaths from covid-19 in Madrid than in Catalonia.

There is no explanation for the fact that the Madrid miracle has led, to date, to fifty percent more deaths from covid-19 in Madrid than in Catalonia

Certainly, no government can boast of their management of the pandemic, because they have all done things that have been shown to be improvable. But, for some unknown reason, nobody is talking about the high number of deaths in Madrid, when, with the data at hand, all the alarm bells should have gone off to question a management that is proving to be an unmitigated disaster.

While the government of Isabel Díaz Ayuso talks about the Madrid miracle, which has not stopped the economy at the cost of dramatically lengthening the death toll, the Government of Catalonia has opted to take drastic measures to prioritise people's health, with the aggravating factor that it has been left alone when it comes to providing aid to the most affected sectors. This is because the Spanish government, which collects more than 90% of taxes, has washed its hands of the situation. This week, Catalan Vice President Pere Aragonès announced new aid worth €618m, bringing the total to €2.825bn. With the finances of the Generalitat punished by an unacceptable fiscal deficit, what would be a miracle would be being able to help all those who need it.

Carles Mundó is a lawyer and former Catalan Minister of Justice