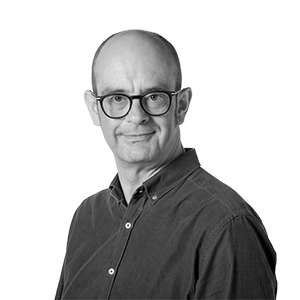 Equidistance with the far right

A country is on the road to nowhere when its opinion makers are incapable of identifying the far right. When what is not the far right is considered as such, while its true representatives are passed off as democrats. Keeping Vox off the streets (of Vic, last Saturday) and not allowing the dissemination of its messages of hate is nothing more than an act of protest and civic dignity that works in favour even of those who criticise it. Fascism was not born yesterday and knowledge is cumulative: by this I mean that we already know, or should know, enough about far right-wingers, ultra-right-wingers, fascisms and neo-fascisms to detect them before they can make effective the threat they represent. Before it is too late, as it was in the 20th century.

There are supposedly progressive voices, like that of journalist Ana Pastor, who see it as wrong for politicians to be pelted with eggs and tomatoes - and the odd stone - "just because they belong to Vox". Curiously, these same voices that are so scornful when it comes to Vox have not shown any sign of contrariness when anti-terrorist laws have been applied to perfectly innocent citizens, solely because of their ideology (pro-independence), or when the Spanish right (extreme and not so extreme) has not only thrown vegetables -and stones- against leftists and/or independence supporters, but also insults and threats have been made against them, often death threats. So much scruple when it comes to some and so little when it comes to others may seem a contradiction, but in reality these supposedly progressive voices follow a very definite logic, according to which the seed of intolerance always sprouts in Catalonia (especially in deep Catalonia, invariably symbolised by Vic) and never within Spanish nationalism. For them, Vox is a perfectly homologous party within the Spanish political system, and has long since been fully normalised as a "constitutionalist" party, often framed within the centre-right. Unlike in France or Germany, where the extreme right may have parliamentary representation and a presence in the media, but is clearly identified and isolated from the rest, here Vox is a party that represents normality. Perhaps they go a bit too far in some of their statements, but they are good people after all, as the former mayoress of Madrid Manuela Carmena came to say when she said that she would be delighted to have grandchildren who were part of Vox.

One sets oneself is a very dangerous trap by pretending that the equivalent of Vox on the "other side" are the independentistas or Unidas Podemos supporters. There is no far left right now in the Spanish state, and ultra-supporters of independence are marginal. The identitarian Spanish far-right, on the other hand, is the third force in Congress, and feeds off the votes it takes away from other parties like PP and Ciudadanos. Wanting to disguise this from supposedly progressive positions is deeply reactionary and especially destructive.

Sebastià Alzamora is a writer