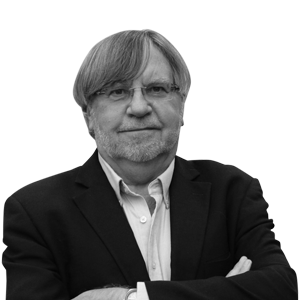 Either globalization or war

The major problem in the current world is that there is more economic and communication globalization than political globalization. However, the institutions for global governance enjoy robust bad health and are increasingly active in facing new challenges. Next week, in the Bavarian Alps, there will be the annual summit meeting of the Group of Seven, the closest thing to a world government that has ever existed; it will focus on surveilling the previous climate accord on decarbonization, together with the pandemic and Ukraine. Immediately afterward, in the second half of the week, the NATO summit will gather in Madrid, on the 40th anniversary of Spain’s membership, to approve a new Strategic Concept for the next ten years.

The loss of sovereignty is especially visible in Spain

Many other recent news show that global institutions are moving ahead in an interdependent world. In no particular order: The President of Brazil has trouble with Mercosur but asks for membership in the OECD. The United Kingdom has become a candidate to join the Transpacific Partnership. India, breaking with its tradition of “strategic autonomy," has signed new preferential trade agreements with Australia and the UK. There is an African Continental Free Trade agreement that encompasses 54 countries. The next meeting of the World Trade Organization ministers will request broader global cooperation on climate change and the prevention of future pandemics. Several initiatives to tax big tech corporations and carbon prices are on the table. And my favorite: the Group of Seven has invited the Prime Minister of India to its next week meeting, thus becoming again, temporarily, the Group of Eight, now including the largest democracy in the world.

At the same time, the European Union, led by Ursula von der Leyen, is moving ahead with new initiatives. The EU is not an alternative to globalization but is part of it. Globalization does not mean that every new commercial product or policy initiative must cover the two-hundred countries in the world. Presently, cross-border trade and foreign direct investment are more concentrated in continental areas, but the world total is higher than before the pandemic.

We knew that the member-states of the European Union do not control some of their essential elements, such as the borders and the currency. But now, some other fundamental tasks of government are passing to the hands of European or global institutions. Security and Defense are organized by an expanding NATO, as well as by European deployment forces and a plan to increase spending at the EU level. Infrastructure programs are now dominated by the energy crisis, which requires international agreements for the provision of gas and oil. The EU is increasing its own financial resources and facing an impending new debt crisis in several states. Many traditional regulations by the states, such as tariffs, imports control, or "evasion of capitals," are as obsolete as being used only as sanctions against the enemy, such as Russia.

The loss of sovereignty is especially visible in Spain, where public finances have been controlled by the EU through the excessive deficit procedure for more than ten years. Like almost all other EU countries, the annual state budget is drafted, revised and approved by the European Commission before the national parliament begins deliberations. European courts have rejected the dependence of Spain's highest judiciary on the Government and Parliament, blocked several Supreme Court decisions, including Euro-orders, and opened nearly 600 investigations for economic and financial crimes, including some fraudulent uses of European subsidies.

There was a comparable economic and communication globalization process with blatant deficits of global institutions at the beginning of the twentieth century. By the early 1900s, the share of foreign trade out of domestic products was similar to the current levels (actually, it was higher because there were fewer states). People traveled without passports. John M. Keynes famously said that, from his office in London, he could order by telephone any quantity of the various products of the whole earth to be delivered upon his doorstep, adventure his assets in new enterprises of any quarter of the world, and bearing coins or bills of almost any currency without expecting any grievance o interference.

The alternative to such globalizing process are nationalisms, trade restrictions, racism, xenophobia, sovereignty wars. All wars between states are wars for sovereignty. In the last instance, as we are beginning to see now, the alternative to more political globalization is war. As it was in 1914.