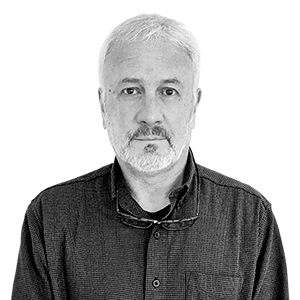 A few weeks ago, the debates on the LOMLOE (the "Ley Celaá") in Parliament rekindled the debate on state languages in education. The controversy has now been added to by a decision of the TSJC that annuls the educational projects of two public schools for not guaranteeing the vehicular role of Castilian.

The new law is part of a long series of reforms that have been taking place since the post-Franco Transition. The insistence of the PP and the PSOE on modifying the model every time they come to power is a symptom of the instrumentalisation of education as a terrain where ideological and political disagreements about the values of knowledge and citizenship are articulated. But if the differences are notable, equally relevant is the persistence of certain consensuses.

Once again, the supposed marginalisation that Castilian would suffer in those autonomous communities where the language of each community is given a vehicular role has been discussed. Against all evidence, there are those who continue to be scandalized by the fact that teaching in another language may interfere with the learning of Castilian and claim the exclusive officiality of a single common language.

In my opinion, the reason for the scandal is the opposite reality: the absence of the other Spanish languages in the education system as a whole at state level.

In my opinion, the reason for scandal is the opposite reality: the absence of the other Spanish languages in the educational system as a whole at state level. The linguistic heritage, whose care is part of the constitutional precepts, is ignored time and again by the educational laws. More than an imaginary ignorance of Castilian, what should worry us is the ignorance of the other Spanish languages. An ignorance facilitated by education laws incapable of turning the linguistic plurality of the country into an authentic curricular subject.

Since the configuration of Spain as a modern nation in the Cortes of Cadiz in 1812, public instruction has been a central concern of any project of national construction. Making a very questionable reading of the sociolinguistic reality of the Spain of the time, the Report of the Board of Public Instruction of 1813 identified Castilian as the "proper and native" language of all Spaniards and postulated its imposition as the only vehicular language in the whole territory of the Spanish monarchy. The Castilian language thus became the symbol and foundation of national unity.

The linguistic heritage, the care of which is part of the constitutional precepts, is ignored time and again by education laws

Leaving aside the ephemeral reforms introduced during the Second Republic, it is not until the General Law on Education of 1970 that the school system contemplates the possibility of incorporating the so-called "native languages" in the educational centres, but as folkloric elements always subordinated to "the transcendental importance of the Castilian language as the national language". The first substantial educational reform of post-Francoism took place with the LOGSE in 1990, one of the great novelties of which was to make the teaching of the Castilian language compulsory as well as, in the Autonomous Communities with their own language, that of the corresponding co-official language. This was undoubtedly a step forward, but its effect was limited to the Autonomous Communities with their own language; in the rest of the State, despite the allusions to the "common cultural heritage", the language to be taught was exclusively Castilian.

Since then, the educational laws of both the PSOE (LOE, 2006) and the PP (LOMCE, 2013) have claimed to be committed to the linguistic and cultural plurality of Spain, but the truth is that their priority has been to introduce the teaching of foreign languages as early as possible, since the premise of the proposals related to the promotion of language teaching at the state level is that the languages that deserve to be studied are those of other countries. This contrasts with the conviction, which is becoming more and more deeply rooted in international Hispanism, that the study of the culture of Spain cannot ignore its linguistic plurality, and that an exclusive focus on Castilian-language production leads to a partial view of the object of study. Students at the University of Chicago (where there are classes in Catalan and Basque) are surprised that it is easier to study the various languages of Spain at an American university than at a Spanish one.

The new law does not alter the panorama, since the linguistic and educational policy of democratic Spain has not renounced the transcendental value and the exclusive Spanishness of the Castilian language. The recognition of the legitimacy of the other languages is still pure gesticulation: while it is tolerated that these languages can be taught in their respective territories, obstacles are placed in the way of their use and visibility in the rest of the country, and they have not even been granted a status similar to that of foreign languages as a subject of educational interest. The message is clear: these languages and cultures are not of common interest, but of local interest, and on this basis an educational agenda continues to be built that encourages ignorance of this heritage. Perhaps with a different education we would at least have been spared the embarrassment of seeing how, in the deplorable trial of the Catalan pro-independence leaders, the representatives of the prosecution - people from whom one would expect a high level of preparation - were incapable of pronouncing with a minimum of dignity the names and surnames of the accused.

If the public education of the 19th century failed to inculcate a sentiment that would support the construction of national unity, the educational system of democratic Spain has also failed in the formation of a citizenry attentive to the cultural and linguistic diversity of the country. Many monolingual Castilian speakers are indifferent, if not hostile, to the presence in the public sphere of other languages, and even to their survival. Making linguistic diversity invisible promotes their ignorance, an ignorance that - as Antonio Machado once lamented - sustains the contempt of that which refuses to understand.