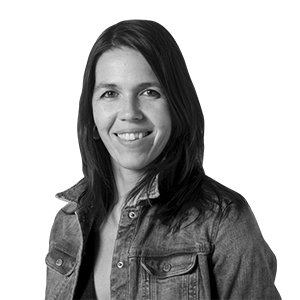 Destroying the culture of power

Last Sunday this newspaper uncovered decades of cases of harassment and abuse within the Institut del Teatre. Situations repeated over the years that point to different teachers. Now, students and former students have raised their voices and have opened cracks in the walls of silence imposed by the powerful. Because this is about power.

Contextualizing everything that is happening is necessary, because we are not dealing with isolated or one-off events: all these cases are pieces of the same puzzle, the props of the social attrezzo of patriarchy, which has given privileges to men in structures with absolutely masculinized power logics that have naturalized, trivialized, and minimized the abuses.

The data on the dimension of the problem are frightening. As an example, the FRA survey points out that more than 50% of European women have suffered sexual harassment in the workplace. Imagine how many #MeToo we have pending, because only 8% of cases related to sexual violence are reported.

It is also important to highlight that most of these harassers do not have a mental disorder, and that we cannot excuse their abuses behind possible addictions, because they know perfectly well when and whom to attack, and what to hide. They are privileged men who have used their position of power to attack those beneath them and have turned this into their favourite hobby. In the meantime, women endure repeated violence, long processes that undermine you, days and nights in which anguish becomes more and more present. Those who ask why women take so long to report are unaware of the threat of power.

And if all this has happened and is happening, it is because abusers find environments that have been permissive and have looked the other way. With a "He's like that" they have taken for valid attitudes that later they have branded as rumors, because if you have responsibilities and you don't act on them, you are validating certain behaviors. Others must have thought they didn't want any trouble and chose not to take a stand. But doing nothing in the face of abusive action socially reinforces the attitude of the violent person through impunity, and that makes them feel even more powerful. Social silence empowers abusers, and diminishes women. So does the fact that we live in a society that still places the burden of guilt on the one who suffers the harassment (because you're too nice, because you have such a beautiful body that it's impossible for me to resist, or because you're the best student I've ever had...). You are the chosen one and you have done something to become this, therefore, you also have responsibility in all this. The pointing finger of guilt is so damaging and perverse that it pierces you from top to bottom.

And then, when all the rumors explode, the management displays the protocols (posted on the web) as great defense shields, as if this would solve everything.

A protocol does not put an end to a complex structural problem, because it does not by itself transform the organizational culture of an institution.

And the fact is that a protocol does not put an end to a structural and complex problem, because it does not by itself transform the organisational culture of an institution. What is needed is a global action plan that goes further. Changing relationship dynamics, training actions for teachers and students, dissemination campaigns that highlight the positioning of the organization, having effective protocols led by external professionals to avoid internal power games... These are just some of the measures that open the door to really change the organizational culture. Because this is the minimum we have to guarantee, spaces free of sexual harassment to be able to live, learn, work... calm and free. Putting an end to this violence requires courageous attitudes that are capable of prioritizing these issues and confronting the structures and figures of stagnant power. If you don't, the best option is resignation. We have learned that to control pandemics we have to be proactive and look for cases to avoid expansion, and with patriarchy we can't do it differently, because this is one of the worst pandemics humanity has to deal with.

Alba Alfageme is a psychologist