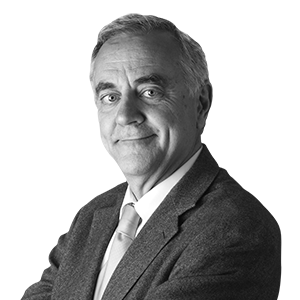 As we approach the end of the pandemic, Aena has once again put on the table its ambitious project to expand El Prat airport, which includes a new terminal (a satellite of Terminal 1), the lengthening of the runway closest to the sea and a real estate development in front of Terminal 2. The first two elements should make it possible to increase the airport's capacity, which was very close to saturation. The economic advantages are not only quantitative, since the increase could be focused on transcontinental flights, which are the ones with the highest unsatisfied demand and the most convenient for us to develop a healthy economy, based on exports and technological start-ups. On the other hand, the lengthening of the runway would make it possible to concentrate all take-offs, which would reduce the noise currently suffered by the residents of Gavà Mar and Castelldefels.

That is why it is surprising that so many organisations which have a duty to think before they speak, have already spoken out either in favour or against.

The problem is that this extension would invade La Ricarda, an environmentally protected wetland. From the outset, this means that the project would have to be sanctioned by the European Union, which would impose compensatory environmental measures on Aena inside and outside the municipality. I underline this condition because Aena has still not implemented the compensatory measures for the last action in El Prat, and that was 17 years ago. In the event that the authorisation is obtained, there is no doubt that we would have to know what these compensatory measures would be in order to get an idea of the public interest of the project as a whole.

On the other hand, it should be pointed out that it is perfectly possible, from a technical and legal point of view, to increase the capacity of the airport (and in particular the number of transcontinental flights) without the need to lengthen the runway closest to the sea and therefore without affecting La Ricarda. It would only be necessary to concentrate take-offs on the runway further from the sea. The cost would be to increase noise in Gavà Mar and Castelldefels, albeit to lower levels than those now experienced by people living close to Heathrow.

Furthermore, the European Union is only just beginning to reflect on the impact of its decarbonisation target on mobility, but all the indications are that flights of under 1,000km that do not fly over a sea will have to be replaced by faster and denser rail traffic than at present. This will have a direct impact on El Prat, since on the one hand it will free up capacity currently occupied by short-haul flights and, on the other, an efficient train-airport connection (like the one that already exists at Barajas) would allow transcontinental aircraft to be filled much more efficiently than by increasing short-haul flights (which is airline hubs' traditional model).

In short, this is a very complicated problem of which crucial elements are still unknown. That is why it is surprising that so many organisations which, because of their social projection, have a duty to think before they speak, have already spoken out either in favour or against.

What I do dare say at this point are four things. The first is that we have to get used to this kind of conflict, because, although there are uninformed people who argue otherwise, physical growth is inherently unsustainable. This does not mean that we have to give up more material well-being, but it does mean that we have to stop thinking - as we tend to do automatically - that more is always better. In the case of tourism, for example (which is what has saturated El Prat), we already knew that we didn't need more, but better.

If the aim is to increase El Prat's connectivity, the priority is to connect Terminal 2 with the AVE high-speed train network

Secondly, the privatisation of Aena has not been a solution to the divergence between its interests and those of Catalan society. Centralised and public Aena used to slow down El Prat's growth in order to concentrate intercontinental traffic in Barajas and turn it into a hub. Privatised Aena, on the other hand, wants to make El Prat grow as much as possible in order to maximise the profit it can extract from the urban developments on its land.

Thirdly, Catalan society deserves a calm and informed debate on the subject, and this debate must begin by putting on the table not only a project and its advantages - as Aena has done (and, as a private company, we cannot hold it against them) - but also the different alternatives with their pros and cons.

The fourth is that if the aim is to increase El Prat's connectivity, the priority is neither the satellite terminal, nor the lengthening of the runway, nor of course the construction of an airport city in front of Terminal 1, but the connection of Terminal 2 with the AVE network, so that a citizen of Zaragoza or Bilbao has the option of catching a transcontinental flight in El Prat in an efficient way.

Miquel Puig is an economist