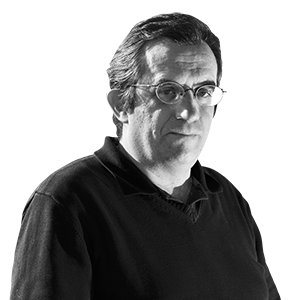 The diplomacy of Chinese vaccines

While the Europeans of the Union, the British and the Americans dance to the music of our fantastic pharmaceutical companies, and while we try (with more or less success) that the bulk of the production of vaccines that we have reserved and that we have paid for in advance arrives on time, does not become more expensive and does not escape outside the borders of our privileged enclosure, China deploys its risky and ambitious vaccine diplomacy throughout the five continents.

The hundreds of millions of doses of the three vaccines that Chinese pharmaceutical companies are already distributing around the world have been gestated in an opaque process and produced beyond ethical standards and scientific validation. In some cases they took the risk of vaccinating soldiers and volunteers without having reached phase III. When in the autumn of 2020 the virtual eradication of the pandemic made it unfeasible to test the degree of effectiveness of their vaccines in China, they relocated clinical trials to fifteen countries in Southeast Asia, Latin America, North Africa and the Middle East: Morocco, Chile, Egypt... The percentages of effectiveness that have been announced vary within a very wide range, ranging from 78% in the trials in Turkey to 65% in Indonesia, or from 50% in Brazil to 87% in the United Arab Emirates.

Despite the uncertainties and lack of scientific validation, dozens of countries have already rushed to approve and purchase the two most advanced Chinese vaccines: Sinopharm and Sinovac. These are two vaccines that can be stored in conventional refrigerators, at a relatively low cost (somewhere between the cost of AstraZeneca's and Moderna's vaccines), based on a technology that has been used for decades, which works through the inoculation of the whole inactivated virus. The World Health Organization (WHO) has begun to verify the production processes. Its expected approval in the coming weeks could also be key in its own international projection through the Covax initiative, which plans to distribute 2 billion vaccines for underdeveloped countries. For the time being, China has committed to deliver 10 million doses in the short term.

Xi Jinping opened the diplomatic path of the Chinese vaccine last May 18 before the WHO assembly when he announced that the vaccine had to be a "global public good". With only a few local outbreaks of covid-19, China can devote (for the moment) much of its production for export. It is a strategy that works at different levels. In the first instance, it seeks to improve China's international image, which was tarnished after the outbreak and the initial management of the virus in Wuhan. In the long term it is about achieving a dominant position in the key area of the global biotech economy. Obviously there is also an immediate economic gain. Geostrategically and in the short term it is about strengthening economic and diplomatic ties with key countries in the New Silk Roads initiatives. American isolationism in the Trump era has left fertile ground for the expansion of China's global influence, including in its Latin American backyard. In the cases of Morocco, Indonesia and Brazil, the agreements include the construction of industries for the production of Chinese vaccines. Beijing has also announced billions in credit lines for Africa and Latin America that should enable them to afford to buy the vaccines. The diplomacy of soft debt creates indelible links

In the cases of Morocco, Indonesia and Brazil, the agreements include the construction of industries for the production of Chinese vaccines

In the case of Europe, Chinese vaccines have arrived through the countries most closely linked to China. First of all, there is Serbia, an aspiring candidate to join the Union, and recently Hungary as well. Now that we take for granted that the Russian vaccine Sputnik will be incorporated into the purchase portfolio of the European Union, the German Minister of Health has raised the possibility of also incorporating Chinese vaccines.

China's vaccine diplomacy is ambitious but risky: delays in deliveries, unpredictable increases in domestic needs and the degrees of immunisation actually achieved by their vaccines will mark the outcome of the move. In any case, the move is welcome if it is to contribute to global immunisation. In the meantime, the Europeans of the Union, the British and the Americans continue to be encapsulated in a world that is becoming smaller and smaller every day.