Summer activity books are for grown-ups too

BarcelonaSantillana Holidays, Santillana holidays was an advert you couldn't get out of your head, and a refrain that stuck deep inside you. Doing your homework and summer revision notebook was the only unavoidable obligation during the school holidays: picking up a pencil and trying to decipher the problems proposed in the book became a ritual for thousands of Catalan children. What they did not imagine then is that as adults they would continue to do it, this time for pure enjoyment, and that they would turn it into a wonderful summer tradition. A small miracle in the form of the Holiday Notebook for Adults the pop exercise book from Blackie Books, created by Daniel López Valle and illustrator Cristóbal Fortúnez in 2011. A regular leader in the rankings of best-selling non-fiction books as of June, it is celebrating its first decade of success and is constantly growing: it has expanded to Italy, where the second edition is a sales phenomenon, and has increased its potential audience even more thanks to the Golden Notebook a publication specially designed for people over sixty.

The origin of the Holiday Notebook for Adults which includes puzzles, logic exercises, anagrams, word searches, quizzes and crosswords, was a long brainstorming session between the future publisher, Jan Martí, who was then imagining what Blackie Books would be like, and Daniel López Valle, a journalist known for having won the television quiz show Saber y ganar. "We spent a whole year launching proposals on the air that grew until they became the Notebook"recalls the author. When they were clear about what and how, the result could not have been more satisfactory.

Ten years after the first issue appeared, the creation of new content works like a well-oiled and effective machine. Summer after summer, it fills up with original, curious and amusing problems without suffering the wear and tear of time. But it hasn't always been so smooth. "Now we have a formal idea of what the exercises have to be like, but in the beginning we were faced with the doubt of not knowing who would be on the other side. I can't tell you how many things were left out in the initial year, but I can assure you that many more than made it in. The key was when we started to see how people used it", explains Daniel López Valle, who together with Fortúnez, has elaborated each and every one of the contents of the notebooks. The nuance of the use is imporant, because a curious fact that has been observed by those responsible is in what ways the reader relates to the publication. It is done alone, in pairs or in groups. Some people take it down to the terrace of the bar, to the beach or to the sofa in the dining room while the television plays in the background. Like those who in summer used to do the pastimes of old magazines with one eye on the paper and the other on the television, while images of the Tour de France appeared. The ways to solve the problems posed by the Vacation Notebook for Adults are inscrutable.

"It's all very well for people to learn, but above all we want them to have fun", explains the author, who is currently preparing the new winter booklet, an edition that began in 2020 and will be continued. On the work methodology of the creative duo there is an intuitive part and another that arises from the comments that come from the outside: "You have to know how to listen to the people", laughs López Valle. We take note of what comes to us from readers. For example, thanks to them we know that the anagrams and logic exercises are highly appreciated and every year we keep them in mind.

The target audience is broad and heterogeneous, but there is a complex question that hangs over the Notebook. What level of difficulty and referentiality does a product like this have to have? "It is not made with the intention of addressing anyone in particular, but thinking that everyone will be able to do it. In any case, it is inevitable that we have certain references", admits the author. Reviewing this summer's edition, a multitude of characters from fiction and reality appear. From the Ramones to Cleopatra, passing through Sylvia Plath, Lost in translation, Francisco de Goya and Maluma. A constant mix of general and popular culture. "I have the feeling that there is a lack of new pop references that everyone knows. The generation of Rihanna and Beyoncé are the last ones that anyone you pass on the street knows. Because if you ask who Bad Bunny is, even though he's a massive artist today, he's a complete stranger to a lot of people", explains López Valle.

As if the physical format wasn't enough, the pandemic has indirectly helped to broaden the scope of the Holiday Notebook for Adults. Coinciding with the confinement began the Cuadernoches special online appointments in which Daniel López Valle and Cristóbal Fortúnez put themselves in the shoes of a TV quiz show presenter with new unpublished questions but with the spirit of the original notebook intact. The experiment has turned out to be a success and it is now possible to participate quarterly, live and telematically.

But the Blackie Books publication is not the only one dedicated to summer exercises for adults. There are historical publishers that have been working with them for years, such as Cuadernos Rubio, which has been making revision workbooks for 65 years and which in recent years has decided to broaden its range of action. "The demand for making notebooks for older people was high. Ten years ago in Spain there was a low birth rate and a certain ageing, so we thought of making cognitive stimulation notebooks in which memory or calculation were worked on", explains Enrique Rubio, the group's general manager.

Those first notebooks worked so well that the publishing house, which has a very large catalogue dedicated to children, multiplied the offer for adults with creative calligraphy books, a genre that is experiencing a period of great growth, and a notebook of pastimes, Adult Problems which focuses on memory, concentration, calculation and logic exercises. "They are aimed at a more informal public that is looking for a fresher product", explains Rubio. Their albums have several functions and really help people with memory problems, but there is a condition sine qua non. They have to entertain: "It's clear to us that it has to be the basis of everything. Although it is essential to help people to have an active mind, to make a notebook like ours you have to have fun. If you see it as an obligation, too bad", says the general manager of Cuadernos Rubio.

Time and success have shown that notebooks for adults are here to stay, and examples like those of Rubio and Blackie Books show that the public is asking for more and more. Learning while having fun is no longer just for children, and the future looks set to follow this trend. To prove it, we only have to look at the commitment of some large groups to this format, such as Lonely Planet, which this year has presented its first notebook for adult travellers, or the publishing house Temas de Hoy, which belongs to Planeta, which in 2019 published Juegos reunidos feministas, a booklet of activities and games related to feminism. 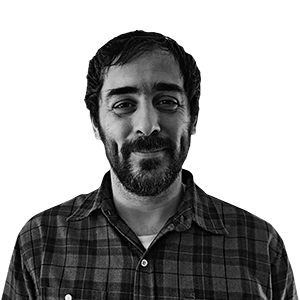