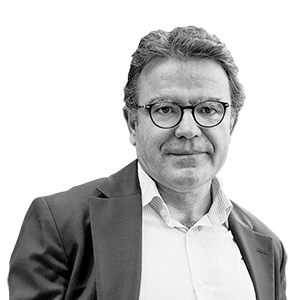 "In war the poor are killed; in peace the poor die". this quote from Mozambican writer Mia Couto reminds us of what is happening with the covid-19 vaccine in the lowest income countries. In the response to the pandemic we are forgetting an important part of humanity, as if it did not exist.

The arrival of the new Omicron variant, discovered in South Africa, has brought back global panic. Stock markets seem to have jumped off a cliff and the borders are being closed again out of fear the new variant may travel freely. Is this science or scaremongering? Science analyses the details that will allow us to understand two critical questions: whether this new mutation is more contagious and especially whether it is able to get past vaccine-induced immunity which, for now, remains the main defence against the disease. While we work out whether we are facing a new phase, there is another message coming out of Africa. Had we forgotten that a pandemic does not stop in one country if it does not stop in all of them? We felt so safe here, thanks to the effectiveness of vaccines, the efficiency of the health system which ensures equality and well-being for all and the commitment of a majority of citizens to receive the magic jab, but has anyone bothered to know how things are going down there?

The prospects of bringing the pandemic under control seem more than ever a utopia.

Let's look at Africa. Although we could also focus on many places in Latin America or Asia, there are very few countries in Africa where 10% of the population has received at least one jab. Some, like Burundi, do not even reach 1%, and the most populous, Nigeria, does not exceed 2%. The World Health Organization's commitment was to reach at least one in five people in each and every country before the end of the year and from there to reach 70% of the population this coming summer. The prospects of bringing the pandemic under control seem more than ever a utopia.

Although the number of infections in Africa is lower than in other continents, the lack of vaccines increases the risk of new variants emerging. Some may be irrelevant, but others, such as Omicron, may cause a scare or even delay our emergence from the pandemic. The neglect of these lower income countries, unable to pay the costs of vaccination, is not just a matter of solidarity with the poor. What coronavirus highlights is that as long as they do not have vaccines, we will not be safe either. For global pandemic control, this is the priority.

In the balance of risk and benefit, ensuring that enough doses get into the arms of all these people is as important, if not more important, than all the booster strategies we can think of here. This is possible, there are mechanisms like Covax that have been created for this purpose. But there are some barriers which must be overcome. The first is that of vaccine nationalism, which has led most Western countries, including the EU, to commitments that double and triple the needs of their population. Stockpiling with pharmaceuticals here means that production runs out before doses arrive there.

In addition, border closures that slow down transport and that are now going to be even more critical in a continent where vaccines are not produced. Rich countries' commitments to donate some of the doses that they are not going to use are also late, so far only one fifth of the promised one billion doses have been delivered. Not enough are arriving and some of those that do arrive do so in an uncoordinated way, making it even harder for precarious health systems. Currently many of these countries' refrigerators hold doses of six different vaccines, none in sufficient quantity to start mass vaccination campaigns and some with derisory expiry dates.

The Global Alliance for Vaccines has just this week approved a new committee to speed up distribution in the most difficult places. But without a global commitment, it won't be enough. We have to start looking at the pandemic differently. We need to reach everyone, and fast, as fast as we do here. The sooner we stop the poor dying over there, the sooner we can all start to be safe. That's the secret.