The Open Arms' race against time

On board the 'Open ArmsThe crews of the Tunisian-flagged fishing boats watched the spectacle with curiosity and fascination. A speedboat with three people on board approached the barge and began handing out safety vests and face masks before radioing to the Open Arms, which immediately set a course for the location to facilitate the rescue. After reassuring the passengers, who were shouting to make themselves heard among the waves, they waited for the NGO boat to approach to proceed to embark them, carefully and one by one, first in the boats and then on the deck of the ship, where a dozen sailors and volunteers equipped with PPE identified them, assigned them a number and gave them water, food and a blanket. And so, three times in three days, three operations that saved 219 people from probable shipwreck, overshadowed by dozens of warnings of boats in distress that were not so lucky because they were never found or because the Libyan coastguard moved forward to return their crew members to their point of departure.

Finding a barge in the middle of the Mediterranean is not only a titanic task carried out by a handful of people determined to prevent Europe's marine cesspool from continuing to swallow lives. It is also a race against the clock and a continuous battle against the obstacles invented by European governments, which, instead of helping or at least standing idly by, obstruct the saving of lives in contravention of international law. Threats of stratospheric fines (900,000 euros), legal impediments, controls designed to paralyse the rescues, refusals to offer help despite the fact that the shipwrecks happen in waters under European responsibility and even mysterious blackouts of GPS in the middle of the rescues drag a crew that dodges the traps with pure ingenuity.

On the last weekend of March, the Open Arms had not even spent 24 hours in SAR Zone 1 in the central Mediterranean, international transit waters between North Africa and Europe under the responsibility of Malta and Italy, when the first warnings were received. Two came from too far away, and before it could arrive the Libyans had already intervened. The third was about a wooden barge with 38 people on board that was running out of drinking water according to the call received by AlarmPhone, an NGO in charge of a hotline dedicated to answering distress calls, informing the EU and, in the face of the agency's inaction, NGOs. The two speedboats set off for the boat's last reported coordinates, but it was impossible to find it in the vastness of the sea. Only with the help of speedboats from Sea Watch, another essential NGO on the high seas, was it possible to find the tiny blue dot which, as the miles shortened, turned into a wooden boat with 38 people on board, including 14 children up to the age of 10, 7 women and 17 men. The youngest was a four-month-old baby in his mother's arms, accompanied by his father and five siblings. A nursery of terrified and confused children who were carefully transferred to the deck of the ship, wet with urine and salt water and with coats full of vomit, surrounded by the trembling adults who repeated grinding their teeth "Alhamdulillah, Alhamdulillah” (Praise be to Allah).

Among those rescued was a four-month-old baby in his mother's arms, accompanied by his father and five siblings.

The families spent two nights with no other company than the Open Arms volunteers. On Sunday, a dozen warnings and several departures of the boats were closed in false. One of the boats was located too late, capsized amid a strong smell of fuel, amid personal belongings, bags with leftover food, water bottles and sandals floating nearby, near the Bouri oil platforms, operated by the Italian multinational ENI. The huge flares that emanate from the installations serve as bait for the crew members of the barges, who, tricked by the mafias, head for the lights of the European coast. The rest were intercepted by the Libyans before the rescuers of the Open Arms could reach their position. In at least one of the cases the hot return was forced by the Maltese authorities, who ordered the oil tanker Saint George - a Liberian-flagged tanker anchored near the platforms - to guard the endangered barge until the Libyan coastguard arrived and deported those on board, even though it was already in the SAR zone.

However, on Monday two of the alerts resulted in rescues: two wooden boats with 84 and 97 people on board, including 41 unaccompanied minors and five women, two of them pregnant, of nationalities as diverse as Ethiopia, Bangladesh, Algeria, Morocco, Sudan and Egypt, were rescued. Two other wooden boats were located, but their crew members refused to be assisted, because they had enough water and fuel to reach the coast by their own means, so the NGO simply distributed life jackets, escorted them and alerted the Italian Coast Guard to prevent them from sinking, given the precariousness of the boat and the overcrowding on board.

When the Open Arms, the Ocean Viking, the Sea Watch and the Alan Kurdi do not sail because of the bureaucratic hurdles European governments use to stop them from leaving, the shipwrecked sailors' options are practically nil. A year ago Malta reached an agreement with Libya (as Greece had done before with Turkey) for the Libyan coastguard to return the barges that arrive in its maritime supervision and rescue zone. If the Libyans do not take care of this, they simply ignore the cries for help from NGOs and leave the castaways to drown at sea, as does Italy, in a blatant case of coordinated and institutionalised failure to provide aid by European states. When the Open Arms set course for the port of Pozzallo, in Sicily, to disembark the refugees, dozens of calls for help were received but not heeded by European authorities. No other rescue boat was operational. AlarmPhone reported that at least 270 people were adrift on board three other barges, with no other destination than the bottom of the Mediterranean. 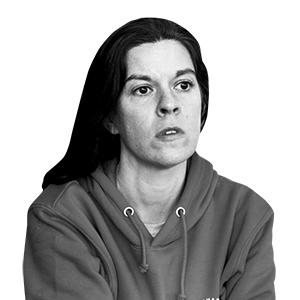