BarcelonaIt was tough and she thought she would never make it. Paula Badosa suffered at the end of 2018 from anxiety and depression. So much, in fact, that she was afraid to step onto a tennis court, her natural environment. Three years after winning Roland Garros Junior (2015) and being baptised as the new Sharapova, the Catalan stopped enjoying tennis. The first thing that went through her head on the night from Sunday to Monday, when she made history by becoming the first Catalan to win the Indian Wells Open, was that period of her professional career: "I have gone through very hard times, but I never stopped dreaming and fighting. These days I remembered it. I haven't forgotten and I know what happened, I had to work hard and go through moments of depression, get treatment, I found tennis very hard, I thought I would not make it here."

After beating the experienced Victoria Azarenka 7-6, 2-6, 7-6 in a spectacular final, Badosa moved up fourteen places in the world rankings to thirteenth in a list that does not change in its top three. "When you're a good junior player, people think you'll be in the top 20 the following year and it puts a lot of pressure on you. People have a lot of expectations and are in a hurry. They think that at 21 years old you have to win these tournaments and it's not like that. There are girls and young women who think that at 17 they have to be the best. I think you have to be very patient and not create these expectations. It is the side which is not seen in professional tennis", says Badosa, 23. It was the first time that she was playing the final phase of Indian Wells Open and the end could not be better, because she became the first Catalan and Spaniard to win in the Californian desert. Only Conchita Martinez, a finalist in the 1992 and 1996 editions, came close.

"When I won Roland Garros Junior, my first year as a professional, it generated many expectations, but I was not prepared. Maybe I did not have the right environment. Everything was very fast and I was too young to manage it. I started very well, but there came a time when I got blocked, thinking I could be a professional. I had a fear that I didn't know how to explain and I spent two months having a bad time, both on and off the court", she says. The role of Xavi Budó, who is currently the sports director of FC Barcelona, was decisive: "He was very important for me, he gave me everything. He made me see that if I lost a match, nothing would happen, that he was still by my side. I'm competitive, I always want to win, but now when I lose I put it in perspective, I think about the things I can improve and I look forward". Badosa totally changed her habits: "The way I lived tennis was perhaps not adequate. I had to change my lifestyle, be more professional in small details like food, train properly every day.... It seems easy, but once you're on the court or you have things in your head that maybe you shouldn't have, you don't eat as well, you don't train as well, you go through moments of anxiety, fear... of emotional things that make you more distracted. The first thing we did was to get all this out of my head, so that once on the court I could play my tennis".

"Winning at Indian Wells is a dream come true," Badosa explains. After a first set that was required over an hour of play, it became clear it would be a close game. Azarenka was more intense at the beginning, but soon Badosa caught up. A total of 15 points were needed to resolve the second game, a snapshot of a final that exceeded expectations. In the end, the first set was taken by the Catalan in a close tie break, as almost every point was until then. The second set was the most straightforward, with the Belarusian pressing the accelerator and Badosa beaing left out of the game at certain moments. It was sealed with a quick 2-6.

In the deciding set, at the moment of truth, Badosa, who has had a sensational 2021, resurfaced and every point was contested on the way to victory. Badosa began setting the tone, pumping her fist, but Azarenka was not giving up. In fact, the Belarusian broke Badosa's serve to go up 4-5 when the Catalan seemed to be on track for the title.

But there was still one last and final plot twist. Badosa immediately broke back, and from here the trophy was within grasp. She won six points in a row, including the tie break. The Catalan completed a fantastic end to the match: she won the decisive tiebreaker by 6-2 to win the Open. But this is only the beginning... "I would not be here if it were not for women like you, thank you for inspiring me," Badosa said to her rival, Azarenka, who was gracious in defeat to a young tennis player ready to conquer the world. 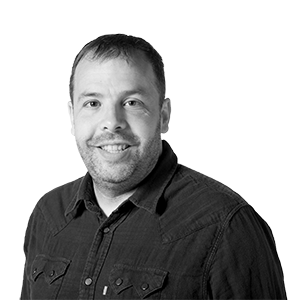