From Enric Granados to Parlament: the six areas of the Eixample where bars will have to remove outdoor seating

BarcelonaWhen Barcelona City Council announced it would allow most of the extra outdoor seating bars and restaurants were allowed to set up during covid to remain, it also warned that there would be exceptions. Streets considered "saturated" would have to remove any extra tables and chairs. At that time, the example of Enric Granados was given, where before covid there were already 76 bars with outdoor seating (a total of 331 tables). During covid 38 bars set up new outdoor seating or expanded existing areas (to a total of 87 extra tables), to the point that it became a street with as many outside bar areas as blocks of flats. Until now, Enric Granados was the only street named where tables and chairs would have to come off the streets, but this Friday Eixample councillor Pau Gonzàlez named six areas which would be affected in this district, where 30% of the city's restaurants are situated. Extra tables will also have to come off Parlament street, the lower part of Muntaner street (below Aragó), almost all of Aribau (it is included within the scope of restriction on Enric Granados, as well as a stretch of Provença and Mallorca), Rambla Catalunya, Passeig de Sant Joan and in Avinguda Gaudí.

In total, 144 premises that had asked to keep the outdoor seating will receive no as an answer. "The exceptionality of the pandemic over, we have to return public space in the city to normal", Gonzàlez said. He considered that the city acted in "solidarity" with restaurateurs giving them public space and that there are zones where this has put the balance of uses and neighbours' rest at risk.

The City Council would like these areas to be cleared of additional tables by summer, but admits that the process may not be easy because it is more than likely that the affected restaurateurs will oppose the measure. Therefore, the council has preferred not to set a specific date. The Guild of Restaurateurs has already expressed its regret that the process to keep outdoor seating was progressing much slower than they would have liked and that many more applications were being rejected than expected.

In these six areas on which action is now being taken, there are thirty bars and restaurants which were allowed to set up outdoor seating during covid and which had already decided to give them up. Therefore, these areas had seen about 170 increased or new outdoor seating areas, which will now have to back to their pre-pandemic capacity. Most of those that will have to be removed are now on pavements and are extensions of previously existing areas, and not new ones.

This process of refusals is progressing in parallel to the removal of the controversial yellow concrete blocks (step barriers or Jersey barriers) that protected new outdoor seating from traffic. From the beginning of May until now, about 350 of these terraces have been removed, a quarter of all those installed on the roadway. And the procedure continues to study on a case-by-case basis requests by restaurateurs who asked for permits for outdoor seating to be extended. The goal, according to the Eixample councillor, is to end 2022 with "tidy pavements" and with no coloured concrete blocks. It will be, undoubtedly, an image of the overcoming of the pandemic in the city: a farewell to provisionality.

What Gonzàlez has also specified are the first steps in the plan to address the problems of coexistence with the noise at night and to proposes measures such as bringing forward by one hour the time at which outdoor seating must be closed, which is currently midnight on weekdays and 1 am at weekends and on bank holidays.

Other measures the City Council is considering is better insulation for homes or additional police patrols to address coexistence problems. The announcement coincides in time with residents' protests from about twenty areas in the city, which on June 16 will demonstrate against nighttime noise on Plaça Sant Jaume.

11 zones where the Council will intervene to reduce noise 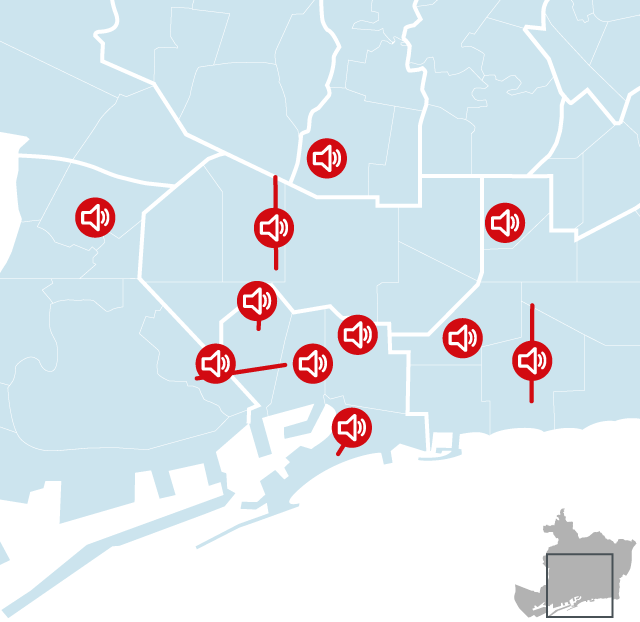 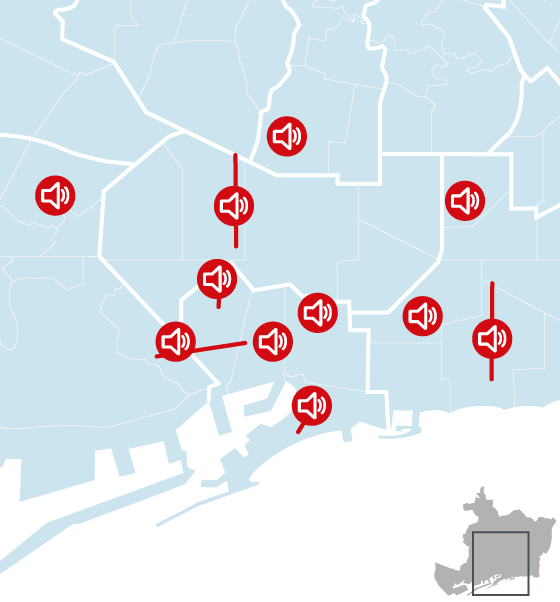 Boozing and rowdiness persist despite measures against noise