This is the 'blow' to the congressional bureau over covid, which is postponed to October

MadridThe imminent defeat of the conservative majority in the Constitutional Court over Vox's appeal for protection against the Congressional bureau last Wednesday has led the rapporteur, Judge Antonio Narváez, who had proposed rejecting it, to reconsider his project and join his other five colleagues to form a majority in favour of the ruling. For this reason, the ruling on the appeal, according to sources consulted by ARA, has been postponed until the plenary session next October, which will also deal with the appeal by the ultra-right-wing party against the extension of the state of alarm for six months, after the declaration of unconstitutionality of the first lockdown last July.

Among the unfinished business of the frustrated plenary session of 22 and 23 July was Vox's appeal for protection in relation to what it called the stoppage of the Congress of Deputies due to covid-19, provoked, according to the party, by the president Meritxell Batet.

The freezing of the regulatory deadlines for initiatives that had begun to be processed was agreed at the proposal of Batet, with the rejection of the PP and Vox, and was in force until 13 April 2020.

Eight days before adopting this agreement, the Board of Spokespersons agreed to suspend parliamentary activity for fifteen days. The agreement, equivalent to the one adopted by the Senate, meant that all bills registered and qualified by Congress, as well as non-legislative proposals or motions, did not follow any parliamentary processing period. The same happened with bills already admitted for processing.

Judge Narváez's paper was due to be debated on 22 and 23 July, but was left up in the air and the president of the Constitutional Court, Juan José González Rivas, included it on the agenda for Tuesday 14 July.

No evidence of Vox

The rapporteur described features of unconstitutionality in the agreement, but his final proposal was the dismissal of the appeal. Because Vox did not provide evidence that its rights had been infringed by the resolution of the Congress of Deputies, which, moreover, had lasted only a few days and was based on the force majeure of the coronavirus to give a respite to parliamentary officials and deputies. Some of them from Vox, who were infected.

As we pointed out previously, the most conservative magistrates could rely on these statements by Narváez to get the appeal upheld as long as the rapporteur changed his criterion, given that the vote was very close.

Judge Narváez had already stated when he presented his paper last Wednesday that he was open to the considerations of his colleagues.

On Wednesday, the deliberation produced six positions in favour of rejecting the appeal. Five magistrates supported the rapporteur (González Rivas, President of the TC; Ollero, Conde-Pumpido, Balaguer and Xiol). And another five (Encarna Roca, vice-president; González Trevijano, Martínez Vares, Enriquez and Montoya) were in favour of admitting it.

But the rapporteur, in an unprecedented change, instead of putting his draft dismissal to the vote, as he usually does, explained that in the light of what the five judges in favour of upholding the appeal had said, he had changed his mind and would now support the upholding of the appeal.

However, as this required a change to his report, he undertook to do so for the plenary session on 4 October.

Faced with the imminent victory of the dismissal if the vote was taken, Judge Narváez decided to abide by the "discipline the of vote" and abandon his moderate position in order to bring about a new blow to the government in the next plenary session in October, this time on the back of the congressional bureau and its president. 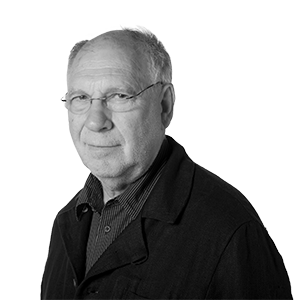