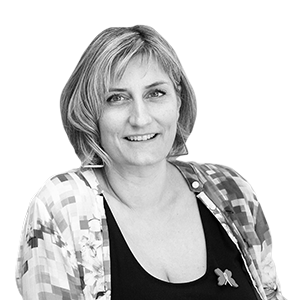 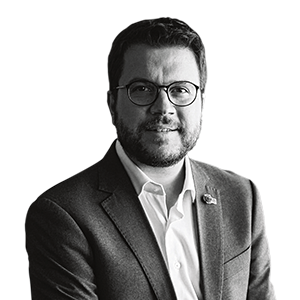 A year of pandemic, a year of solidarity

25 February 2020. Alba Vergés: "I'm on the train on my way to Madrid for the Interterritorial Council, a meeting that takes place periodically between health ministers. This time the agenda is focused on the new variant of the coronavirus, about which we know very little. The phone rings. It's the Secretary of Public Health, Joan Guix. He confirms that we have the first case in Catalonia. The news hits the press shortly afterwards and a swarm of journalists is waiting for me in Madrid. Pere Aragonès: "It's Tuesday, government day, and I'm at the Palau. Minister Vergés informs me by message that the first case has been confirmed in Catalonia. She is on her way to Madrid. The whole team is immediately activated and the first meetings begin. We are concerned about the patient's condition and the measures that have to be taken. It is now half past seven in the evening and we continue to meet with the health team. I know that the Catalan health system is very prepared, but I am worried about the uncertainty and the lack of knowledge about the virus".

This year we have been able to overcome three waves mainly thanks to the efforts of our citizens.

No one could have imagined that the 25 February would be the beginning of a very hard year for the lives of our citizens. The beginning of a global epidemic that we had not seen for a hundred years (the last reference we have in mind is the Spanish flu) and that has already left more than 20,000 people dead in Catalonia. A year in which many families have suffered and continue to suffer due to the health, social, economic, and emotional crisis. A year in which the entire Catalan Health System has turned around as if it were a sock and its professionals have made an enormous and priceless effort. A year in which hospitals and health centres have had to adapt to a thousand and one circumstances and a large structure has been created to monitor cases and contacts. A year in which medical centres have been set up in pavilions or athletics tracks; four large satellite hospitals have been built in just four months (hospitals that are light years away from the Zendal in Madrid); almost 7 million PCR tests and antigen tests have been carried out; civic centres and theatres have been converted into vaccination points, and so on.

The management of this crisis - or, rather, of the four crises mentioned above - has not been easy and all governments have made mistakes. We were really facing something unknown with limited and conditioned resources, both because of a health system that was underfunded by the Spanish state and was beginning to recover from the cuts, and because of the limitations of not being an independent state. However, a clear example of what we would not do again are the schools. In the first wave all the experts agreed that schools could be spreaders of the virus (as it happens with the flu) and they were closed immediately. Later, however, several scientific studies proved that this was not the case and this dysfunction was corrected. Schools are an essential community asset that we have to preserve. Their social function is unquestionable.

This year we have been able to overcome three waves mainly thanks to the efforts of our citizens. It is they, it is you, who have really carried the burden of the pandemic on your shoulders, together with health professionals who have worked their socks off. In a society like ours, it is not easy to reduce the number of meetings with friends, work colleagues or family members. And the vast majority of you have done so and have complied with the recommendations. We have all understood that covid-19 is also the pandemic of solidarity. Because if I avoid contagion, I also help my friend, neighbour, or relative.

The Spanish government was only responsible for supplying vaccines and unfortunately they arrive in dribs and drabs.

Now we are entering a new phase, that of vaccination. We need more and faster vaccines to immunize our population. It is inconceivable that there are so many delays in the supply and that every week the strategy has to be changed. But the government of the Generalitat is clear: the vaccines have to be in arms and not in fridges, and we are working on it day after day. In Catalonia we are ready, but so far the former Minister Illa has not complied. The Spanish government was only responsible for supplying vaccines and unfortunately they are arriving in dribs and drabs. It is their responsibility and they must fulfil it. And demand vaccines wherever they are needed. They should do their job and not hide behind flags, like the one they placed on the first boxes of vaccines that arrived.

It is true that vaccination is the light at the end of the tunnel, but once we overcome the health crisis we will have to rebuild our country to get out of the economic, social, and emotional crisis. And this is where we need the help of all sectors. Catalonia has been able to overcome, as a country, many adversities throughout its history, and this time will be no exception. We are convinced that we will move forward and we will do so without leaving anyone behind. The new leadership of the Govern is both a responsibility and an opportunity. We will live up to the citizens' expectations.

Pere Aragonès is vice-president of the Government of Catalonia