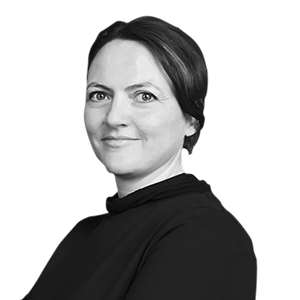 War in the courts as a strategy of power

A court has just declared illegal the placement of the rainbow flag on the balcony of the City Council of Zaragoza during the Gay Pride day. This is a common gesture made by numerous public institutions of all kinds in our country. The symbols displayed in the institutions have long since become an arena of battle, even before the dismissal of Quim Torra for his war of the banners in favour of prisoners. In the case of Zaragoza, the judge has used the doctrine of the Supreme against the display of "unofficial" flags in public buildings, which was actually specifically intended to prevent the placement of pro-independence insignia - although for the first time it was used against the Canarian one. But once the sentence is issued, it doesn't matter against which flags it is used: all of them are wrong.

The fundamentalist organisation Abogados Cristianos (Christian Lawyers) has taken advantage of this doctrine to take legal action against a number of town halls and local governments that celebrate 28J by displaying the traditional rainbow. However, the courts do not always agree with them. A few months ago, another Andalusian judge filed the complaint against the mayor of Cadiz. So it is not clear what is going to happen this year. Presumably many institutions will hang it up again and Abogados Cristianos will sue again because that is what they usually do: abuse the law to intervene in politics and limit rights and freedoms.

In fact, the legal battle as a political strategy has proven very effective all over the world to push the ultraconservative agenda. Here it is not only used by Abogados Cristianos, Vox regularly appears as a popular accusation in many cases and the trade union Manos Limpias has even been investigated for abuse of process. In the case of Abogados Cristianos today they are known for prosecuting Willy Toledo for blasphemy but they can have up to fifty cases open simultaneously against artists, politicians, journalists, or feminist or LGTBI activists who they consider act against the Catholic religion. In Spain, the pre-modern crime of "offence to religious feelings" is becoming a limit to freedom of expression - and protest. It was used for example to fine an activist as organiser of a pro-abortion protest: the Procession of the Santo Chumino Rebelde (the Holy Rebel Vulva Procession) in Malaga. In fact, Abogados Cristianos have also dedicated themselves to harassing private clinics that perform terminations of pregnancy in court, accusing them of anything they can think of as "misleading advertising".

Although they hardly ever win any lawsuits, for the individuals or institutions involved, a lawsuit of this kind can involve years of litigation, financial costs and considerable wear and tear. It is about using the process itself as a penalty and instrumentalising the right of access to the courts. Its aim: to intimidate and prevent others from speaking out against religion or ultra-Catholic values. Strategic litigation is also a form of propaganda, it serves to make themselves known and to wage culture wars. Just look at the great impact they have in the press. If many of these lawsuits or complaints are dismissed and if their political use is so evident - as in the case of the rainbow flags - the question is why so many are admitted for processing.

Unfortunately, the judges' guild is not exactly noted for its progressivism. In fact, for organizations like Abogados Cristianos, pushing the ultra-conservative agenda is not just about promoting the values of fundamentalist Christianity, it is a strategy of power. Otherwise, it would make no sense for them to sue former vice-president Pablo Iglesias for several crimes, including reckless homicide, for "his management" of the coronavirus crisis in nursing homes. An absurd approach that will get nowhere in legal terms but has a very clear objective: to create reality, to make it exist by being picked up by the media. As we see in the proliferation of the most unlikely conspiracy theories, almost any idea can take root in some predisposed heads. Politics by other means, the courts here become arenas for far-right activist movements to intervene in institutional politics while proclaiming their independence from parties.