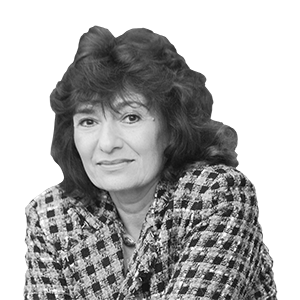 The front-page pictures in the UK’s Saturday papers said it all. An inflatable blimp of the prime minister, some three metres high and with thumb turned up in a characteristic gesture of optimism, soared above a smiling Johnson himself in the now Conservative north-eastern town of Hartlepool along a shoreline where the ship-building industry had once thrived and where the Labour Party had reigned supreme since 1964.

Super Thursday combined the national by-election in Hartlepool – triggered by the resignation of a Labour MP accused of sexual harassment – plus a UK-wide assortment of local council, mayoral, and regional polls. Despite the Labour victory in Wales and the fact that London’s Mayor, Sadiq Khan, held on to his seat, though with a reduced majority, the triumph belonged to the Tories. Johnson read the result as an affirmation of his insistence on getting Brexit done, no matter how slapdash and harmful the agreements hastily put in place may ultimately prove to the UK.

The majority of the voters in Hartlepool agreed with him and gave up the generations-long allegiance to Labour. They had been for Brexit, buying into the mantra that somehow the EU was to blame for the post-industrial decline of their region. Labour had long promised change that never seemed to arrive. Meanwhile the conservative regional mayor proved a dynamo on the question of freeports and was elected for a third term. The pundits are now predicting a longer incumbency for Johnson than Thatcher’s momentous decade.

It’s puzzling that a prime minister who has less than a firm hold on the truth, who can barely remember a series of facts, who has been accused of personally profiting from office and whose government has engaged in Latin-American style cronyism can maintain so much personal popularity. But the Anglo-electorate seems to prefer a roguish clown who has a smattering of Eton classics and the charisma of celebrity status, to the earnest blandishments of a decent opposition leader who has a track record as a human rights lawyer, a battler for equality and against injustice. The trouble is Keir Starmer is more statesman than politician, and despite his working-class youth, he doesn’t speak to the hearts and hopes of the aging population of Hartlepool, or indeed many of the council voters in England. Then, too, he opted during the emergency of the pandemic, largely to give the government Labour’s support. So now a grinning Boris has made use of the ‘Covid bounce’ the successful vaccine roll-out gave the Tories. He can now sail past the ever noisier criticism of MPs in his own party who want relaxation of the Covid rules, who are largely anti-maskers and critical of Chancellor Rishi Sunak’s vast Covid spending programme.

For Labour the problem here is that Sunak’s generous Covid job-support, investment, and loan measures, have been as radical as anything within the Corbyn-MacDonald Labour Manifesto. That platform might then have been popular with left voters, but it brought Labour a historic defeat in the last general election – though perhaps that, too, was a personality (Jeremy Corbyn) rather than a reality effect.

Whatever the case, the traditional boundaries between left and austerity right are hardly visible in these days of government spending. What is clear is that current government investment in the national economy, health and welfare has been greater than at any time since the first radical post-war Labour schemes. Alongside the Tory rhetoric of ‘levelling-up’ and making the impoverished de-industrialised North a powerhouse equivalent to the South, this gives Labour little policy and no rhetorical ground from which to campaign. Meanwhile the emergency created by the pandemic masks many of the ill effects of Brexit – the bumpiness of imports and exports, the hike in prices, the lack of short-term youthful EU workers who served as everything from baristas to farm labour, the looming crisis of the universities…

Only the regions – or what are now often called the nations – have decided against the Tory incumbents. Wales has emphatically voted Labour, congratulating their regional government on their handling of the pandemic. Scotland, as I write has a Scottish National Party majority, despite the gruelling saga of the harassment case against Sturgeon’s predecessor and ‘Pygmalion’ who latterly formed his own competing party. Yet the SNP is one short of the overall majority the charismatic and wonderfully competent Nicola Sturgeon and her supporters had been hoping for. Only this latter would have allowed the SNP to insist that a new ‘legal’ referendum had to be granted by Westminster, since a precedent existed in the prior referendum agreed to by the former Tory Prime Minister, David Cameron. Yet Sturgeon has never been one to delay: has already challenged Johnson stating that there is no ‘democratic justification’ for Westminster to deny a second independence vote.

The Scottish independence case bears some similarities with Catalonia. Scotland is divided almost down the middle on the question. If the national government behaves in too autocratic and disdainful a fashion, the balance might well tip towards independence, particularly since Scotland was against Brexit. But introducing borders and having to work out trade deals between an independent Scotland and even a disunited UK where so many Scots live, could prove even harder than the Brexit administrative nightmare. Such difficulties, if Westminster behaves well and allows Scotland full autonomy without independence, might put off less ardent supporters of an independent Scotland.

The London metropolis could easily count as a nation: at around nine million, London is almost twice the size of Scotland’s five million. Anti-Brexit and pro-Labour, London like other crowded conurbations is hardly loved by the hinterland. Perhaps there is a case to be made for capitals of the world uniting and forming their own independent league…

Lisa Appignanesi is Vice-President of the Royal Society of Literature