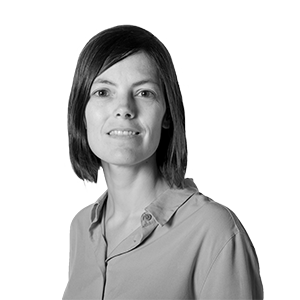 Both vaccine doses have been administered to 35,943 people, which makes me surprised when I hear everyone is talking about the Illa effect: it doesn't seem to be supported by the data at a critical time, when vaccination is urgently needed. But I would like to talk about the Iceta effect. What will the metropolitan areas of Madrid and Barcelona be like in ten years' time? How will the recovery funds be used to position the network of Catalan municipalities within the system of European cities and regions? Does Barcelona have to be a small replica of the capital's model or will it have its own project? Will Madrid promote the transfer of productive sectors to Catalonia? Will it decentralise the civil service? Will Madrid continue to set Barcelona's global and tourist agenda or will it help to create a productive model based on science and knowledge? Will the State continue to promote a radial infrastructure model with the epicentre around Madrid? What specific plans will the new Catalan minister take to Madrid?

Catalonia's recovery will depend to a large extent on local authorities' policies and funding. They are the ones that have had to cope (with very impoverished finances) with care, emergency services and managing the here and now. Our competitiveness will depend on the ability of the system of towns with over 20,000 inhabitants to recover and create new jobs and affordable housing, but this means planning very well which industries go where and how they are strengthened, rather than making them compete against each other or hindering them. It means listening to those at the top of companies, looking for customers around the world and selling services to create more stable jobs. It is about accompanying and enabling municipalities to meet the basic citizens' needs during these critical months. And, obviously, it means funding and liquidity, and trust in the judgement of local authorities.

But, let's face it, in Spain there has never been a real decentralised territorial project. The story is that of a very strong capital and a series of replicas or substitutes that cannot compromise the smooth running of Madrid. Historically, the capital has been decided how industry and infrastructures reach the territory and thus a model of hierarchical authority has been imposed.

The legacy of developmentalism, in this sense, is disastrous and still drags on in important towns such as Martorell, for example. A paternalistic model that built flying motorways and blocks of flats while stopping the republican educational project that, through GATCPAC, had initiated promising examples of new school groups, with architects of the quality of Josep Lluís Sert. Why have Sant Cugat and Martorell, which had similar populations in 1950, evolved so differently? The shadow of Franco's regime in Martorell is very long, and nobody has ever bothered to repair it. "The Town is a living example of balance and rational land planning". With these words the Spanish television narrated Franco's visit to the neighbourhood of La Paz (later Buenos Aires) in Martorell, after the tragic floods of 1962. A parade of cars, uniformed policemen and many citizens wearing pennants, greeted the leader in front of the towers painted with the letters F, R, A, N, C and O at their top. It is a scene that reminds me of the familiar enthusiasm of Ettore Scola's film A special day. But Franco's visit to Montserrat in 1966 is not fiction, and it is perfectly documented by the Diputació de Barcelona.

Historically, the capital has been decided how industry and infrastructures reach the territory and thus a model of hierarchical authority has been imposed.

Franco's impact, through the Obra Sindical del Hogar and all the investments in megalomaniac infrastructures, is still palpable in La Trinitat, in Sant Cosme, in les Cinc Roses in Sant Boi or in Badia del Vallès. "Balance and rational land planning", said the propaganda of the regime about the Martorell towers that still remain and that have little continuity with the old town. Sánchez says that the minister Iceta conjugates well the verbs collaborate, conciliate y co-create, an attitude that should be essential for any politician in charge in the 21st century. We remain attentive to his proposals, to the pending investments in the along the Llobregat and the Besòs, which have nothing to do with the motorways around Madrid or the neighbourhoods of terraced houses in its periphery; to the new transport fare systems, which no longer penalise families living in towns in the metropolitan area; and to better income for towns that, like Martorell, create good job opportunities, have an incredible landscape and are very well positioned to reindustrialise Catalonia.

Maria Sisternas Tusell is an architect and consultant