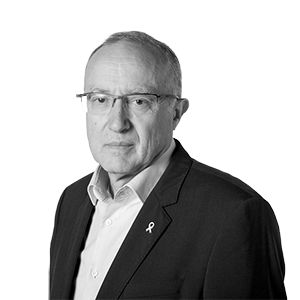 The fine sands of repression

It is quite understandable that both the accent of the campaigns of denunciation and the informative attention on the repression of independence have been placed on the case of those imprisoned, those in exile and on the more than 3,000 people who have been or are being investigated or prosecuted in judicial processes. They are the visible part of the repressive iceberg. Even so, there is another plan, the effectiveness of which lies precisely in its opacity, and which conditions personal behaviour and that of many organisations, often without those affected being sufficiently aware of it. And although the hardest blow is dealt to those who hit the repressive stone, the machinery of social life is damaged, above all, by the fine sand that gets into its delicate gears.

During the last few months I have been able to see some of the collateral effects derived from 1-O and the application of article 155. I am referring to how it has affected public administrations and a good part of institutional, associative and professional life. It is a repression that discreetly and silently spreads like an oil slick and that will have consequences that are now as incalculable as they are unpredictable. A systematic investigation of this subtle but implacable repression could provide evidence and a measure of its impact. For the moment, I will limit myself to a first typology of situations that can be observed.

Over the last few months I have been able to see some of the collateral effects of 1-O and the application of Article 155.

First of all, the diffuse fear among the civil servants of the Catalan administrations caused by the retrospective judicial investigations in search of evidence that could incriminate them, allegedly, in connivance with the preparation of Catalonia's independence. This fear has led to the current excessive zeal of the control bodies, frightened by the possible past and future administrative and criminal liabilities. Just to point out what I know, this extremely cautious intervention is affecting the entire fabric of organisations that until now had counted on public support through agreements and other subsidy mechanisms. The auditing procedures have become so complicated and the controls have multiplied so much that in many cases their continuity is in danger.

Another dimension of this subtle repression has been the national cowardice that has translated into a return to a Spanish frame of reference, dramatically backtracking on the already rather slow processes of self-centredness. Systematic references to the contents of the Spanish press as if it were our own have multiplied, the old presence of foreign commentators has been reactivated in the Catalan reality in order to evaluate it from a state perspective and, above all, the implicit expressions of the "here" and the "we" that passively accept that we are a dependent territory are once again in abundance. We have fallen back to the point I defined a couple or three decades ago when I said that for many media and their commentators "Catalonia is too small for them, but the world ends in Spain".

Finally, -but among others-, there are the calculations of professional interest that know that the expression of certain political ideas will affect the size of their labour market. The academic world in particular is a good example of this. If you want to make a career in academia, if you want to get research projects or grants to internationalise, it is obvious that you should not let yourself be politically marked by independence and above all leave the Catalan language for domestic affairs. The case of Clara Ponsatí and the non-renewal by the Spanish government of her position at Georgetown University in 2013, long before her political activity, made clear the risks of being in favour of independence.

Certainly, it is necessary to denounce the most forceful political repression that affects the lives and finances of many Catalans. But it is also necessary not to forget the fine sands of repression that, in disguise, are stranding a good part of the country.

Salvador Cardús is a sociologist