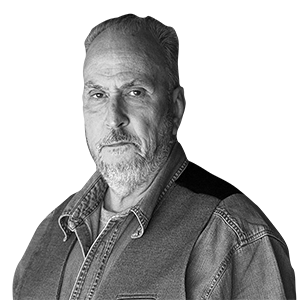 The city of miracles has run out of ideas

Homi Bhabha talks about a concept that has always interested me a lot: cultural authority; that which makes the cultural production of a certain country, city or social group relevant as a matter of principle and without discussion. If we use cities as an example, New York immediately comes to mind after the end of World War II, or Paris between the wars, in the twentieth century, to go no further back in time, places in which a series of historical, political and economic circumstances make everything that happens there not only unquestionably interesting, but essential to delimit, identify and define the Zeitgeist, the spirit of an era to the point that the rest of cities cannot do anything but adopt a secondary role, voluntarily accepting a relative degree of cultural colonisation to the detriment of their own culture. This cultural authority of which Bhabha speaks does not exist without a political and economic equivalent. To put it in a brutally compacted way and referring to the United States, Pollock's abstract expressionism, Frank O'Hara's poetry, Elvis' pelvis, Marilyn Monroe's thighs, and Levi's jeans cannot be separated from the atomic bomb, nor from having won the greatest war in the history of mankind, coming out of it as the producer of 45% of the world's GDP. This conjunction of factors is the geopolitical sketch of the last seventy-six years that has allowed, among other things, the United States flag painted in encaustic by Jasper Jones to be a landmark of avant-garde art in the second half of the last century. Can you imagine the same with the Spanish flag?

Barcelona does not play in this league, not because it is the second city of Spain (NY is also the "second" city of the USA), but because Spain has little specific weight in world politics and nobody cares much about what it says or does. That the same thing is happening to Spanish art is no accident. In this difficult context, however, Barcelona has been able to defend itself well in extremely adverse situations throughout the 20th century. Proof of this is the favourable perception from outside Spain of this city that has so often been close to a miracle, until now. Until now. Because of the pandemic? To a certain extent, and only to the extent that it has laid bare a situation that has been brewing for some time.

There comes a moment when, once free of the inertia of the anti-Franco resistance, the political class - both Spanish and Catalan - realises that it doesn't need culture at all, it's more of a nuisance, and not supporting it doesn't represent any loss of votes. Consequently, its political value plummets. If we add to this the quite obvious fact that the majority of this political class has no personal interest in culture in general and does not fully understand what excellence consists of, we cannot be surprised that Barcelona, which is what I am interested in talking about, does not have, for example, a world-class symphony orchestra; or that the MNAC, the captain ship of the art museums of Catalonia pending expansion, operates with one shoe and one espadrille; or that the MACBA has run out of storage space, which does not allow it to grow or to fulfil its main mission, which is to collect over time. Allow me to mention a bleeding case. The MNAC was a major borrower for the Joaquín Torres García exhibition organised by MOMA a few years ago. This fantastic exhibition then travelled to Madrid and Malaga (!), but did not come to Barcelona - considering the relationship of this artist with the city, it's quite incredible - because the MNAC did not have enough money to make it possible... Evidently, we don't know where self-respect has left to. You might say that I worry too much about institutions instead of the precariousness in which those of us who make art, literature, music, theatre or cinema move, but the health and power of institutions is always symptomatic of everything else. Without first-rate institutions the rest is blurred, let's remember what Barcelona was like during Franco's regime. The fact that the political class doesn't understand this is a measure of their short-sightedness, even if they pay lip service to the idea that culture is the future. They don't believe it and when they find themselves in a bind they bring us an imported Manifesta or announce the transformation of the spaces of the Maritime Museum into halls for "international level" exhibitions bought from abroad. What's going on? Is there no talent here? Barcelona could be a city of reference. It has everything, except ambition.