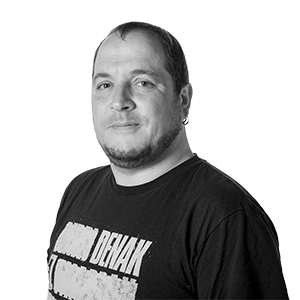 Segundo Marey died, after a long illness, in August 2001, only two months after José Barrionuevo and Rafael Vera left Guadalajara prison, behind the most exceptional open prison regime granted by the double misfortune of Aznarity and the reconsecrated impunity elevated to a reason of state. That is to say, a murky coincidence, just 20 years ago this Saturday, immunity was granted to those who gave the direct order to kidnap Marey, the son of a socialist republican exiled in 1936 and captured in Hendaye when he was mistaken for an ETA leader. And yes: they had previously received a partial pardon, requested and justified unanimously by the Supreme Court, while the victim and the prosecution opposed it. And also yes: that automatic and instantaneous open prison regime came after a pardon in 1998 that was considered the fastest in democracy, according to the newspaper archives: "Never in Spanish judicial history has a pardon been processed so quickly [...] in less than three days". This was said by the then minister Mariscal de Gante, daughter of a Francoist judge of the TOP and today's continuator, from the Court of Auditors, of the inquisitorial economic extortion and the long wave of repression that besieges us.

Vera and Barrionuevo had entered prison before, in September 1998, to serve 10 years in prison. They served exactly three months. Calculate: 90 days in front of 3,650. A record of impunity that they broke again two years later, beating their own record. In May 2001, Barrionuevo and Vera went back to prison to serve three years and one month and two years and eight months respectively. They did not even serve half of them. And when I say half, I don't mean half of the sentence, but actually half a day. And not even this. They did not even spend nine hours in prison. They went in in the morning and came out in the afternoon. Someone mistook - a wild festival of selective affinities, in the evidence that there is no criminal law of the enemy without criminal law of the friend - 2,095 days for 540 minutes. Empirical result: Vera and Barrionuevo, who have never repented of anything, served 0.017% of the sentence they had to serve for having ordered a kidnapping that lasted 10 days and certified the birth certificate of the GAL. Jokes about democracy when democracy is pitiful. And it makes you cry. Two months after that express open regime -a second pardon in disguise- and those nine hours in prison, Segundo Marey died, also as a consequence of the chronic sequelae produced by that state kidnapping and after 18 years searching for "a little justice". The horror of the state in the back room of cruelty.

No, they have not written a report on pardons: they have drafted the appeal to overturn them. To do so, they have had to deny and disavow everything that the same court has held before, whether it was called Armada, Barrionuevo or Tejero

Memory of indulgence, Marey operates today as a mirror, still. Especially, given that this Friday Barrionuevo and Vera - forever and ever the hierarchical organisers of the kidnapping of that plot of state terrorism - have positioned themselves against pardons for pro-independence political prisoners. But before we continue, here are some bits from Xavier Vinader's indispensable archive on Barrionuevo: "From a noble and wealthy family, he was a delegate of the SEU - the student union of the dictatorship -, obtained a post in the general secretariat of the Movement, went on to the sub-directorate of the Ministry of Labour during the years of the Transition - a time when he discovered the PSOE - and finally landed in the Security Council of the Madrid City Council. From there Felipe González took him out, after the electoral victory of October 1982, to give him the portfolio of Home Affairs. "Here he arrived as if he were the sheriff, ready to kill anyone, but we were the ones who received the most" -recalls one of the few militants that, at that time, the PSOE had among the security forces. The few progressive policemen who had some positions of responsibility quickly found themselves displaced and marginalised by the grace of Barrionuevo, who, when the time came to choose, preferred to appoint to key places in the organisation chart to men from Franco's regime and often highly involved in the repression of the enemies of the dictatorship, as in the case of commissioners Manuel Ballesteros and Jesús Martínez Torres. He gave job security to the old police guard and implemented the policy of the reserved funds, that is, the handing out of money by kickbacks.

This is the same man who this Friday said: "Our pardon and the 1-O pardon [the independence movement leaders' pardon] are as similar as an egg to a chestnut". Paradoxically, I radically agree with his statement, but from the most antagonistic position. Additionally, the partial pardon of prisoners affects nine people, those who are paying the most expensive of all the 3,250 reprisals since October 2017. That is to say, the pardon resolves 0.27% of the cases; the amnesty, all of them. Moreover, the rest of the couple's statements - an orgy of impunity - could open some pending cases if there were any prosecutors in the room: in short, Fraga "had lived through a dirty war", that Martin Villa i Rosón "had a lot to hide" and that the PSOE covered up for the PP with "a hand in judicial matters that were pending when we arrived in 1982".

"Double standards, double language, double accounting", wrote Vázquez Montalbán. Despite 27 murders, the high judicial structure of the State never classified the GAL as terrorism. As someone said, everyone wants a definition of mafia that, above all, excludes them. But the state mafia recently made it clear in Parliament, out in the open and outside the law: "Everything is everything", in the mouth of the award-winning commissioner Eugenio Pino. In retrospect, that everything also included kidnapping Marey, which this Friday Barrionuevo has minimised and trivialised by reducing it to an "irregular detention of a citizen for nine days". And yet the Marey case is only a brief aside: he was kidnapped by mistake so that the French state would release four Spanish policemen who had been caught in a dirty war kidnapping attempt. The pressure worked and the policemen were released on the express condition that they would return for trial. And lo and behold, they never returned. They were sentenced in absentia in the French courts to two years in prison. Policemen in the Spanish state, criminals beyond the fine line of the border. One of them, Inspector Argüelles, was still working in 2014 on the Via Laietana coordinating 091.

The memory of the pardon - the insult - and the most express open prison regime of young Spanish democracy, to show that that "everything is everything" necessarily also includes Marchena's ideological drive and unhealthy obsession with the dignity of Jordi Cuixart in the report on pardons, even skipping the mandatory criminal individualisation of each case. No, they have not written a report on pardons: they have drafted the appeal to overturn them. To do so, they have had to deny and disavow everything that the same court has previously upheld, whether it was called Armada, Barrionuevo or Tejero, the antonyms most opposed to everything that Cuixart represents. Whatever the memory of the others, every time you say Barrionuevo, please say Segundo Marey. And while we're at it, thanks again, Olga Tubau, Marey's lawyer. And while we're at it, a permanent hug, dear Jordi Cuixart. We will do it again. Or to put it another way: we will never be undone. Or even more: we will remake it so they won't do it again.

David Fernàndez is a journalist and social activist