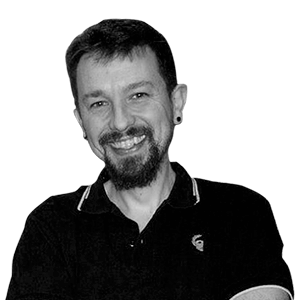 No political or social leader of the Catalan or Basque independence movements nor of Podemos can be surprised to find out they were spied on. Yet The New Yorker presenting evidence that sophisticated Israeli computerised espionage material that only states can access has been installed on more than 60 mobiles phones takes it to another level. It is not the same to suspect that your conversations are being listened to as to have hard evidence, with the government ending up admitting the National Intelligence Centre (CNI) is probably behind a clearly illegal espionage.

The image of Spanish democracy is destroyed by a deep state capable of conspiring and acting against those it considers separatist reds, capable of acting against government ministers (and not only those that belong to Podemos) while having in Margarita Robles its highest representative in the cabinet.

The courts authorised spying by the Government on 18 leaders of Tsunami Democràtic, reports claim. Did the State spy on the rest without authorisation?

Robles, formerly a supreme court judge and Pedro Sánchez's spokesperon in the Spanish Parliament, was appointed minister by the president to deal with military affairs and the secret services. Last Monday she said "I don't know what this espionage is". On Monday Robles did not know. On Wednesday, however, it seems that she did know. In Parliament, when asked by CUP MP Mireia Vehí about whether the CNI had spied on political leaders, Robles replied: "What should a state or a government do when someone violates the Constitution, when someone declares independence, when someone cuts public roads?". Wow, Robles admitted that it actually happened, she legitimised it and she also confused State and Government. This cannot be innocent coming from the most brilliant judge of her year. Was it the State spying or was it the Government? Minister of Justice Pilar Llop, also a brilliant jurist, applauded. Let's hope it was just a reflex, an act of politeness.

El País published on Monday that the CNI used Pegasus to spy on political leaders, but that espionage was carried out with court authorisation and that not as many people were spied on as the The New Yorker claimed. Who could have given El País this information? Well, there are three options; either the Spanish president, the Defence ministry or the CNI itself. Did the Government leak the information or was it the State?

While the right wing media points the finger at the left, the coldest government practitioner is preparing his lethal injection... Will the Government dare to administer the injection to the State?

Last weekend Félix Bolaños took the AVE at Atocha on his way to Catalonia. Bolaños is Sánchez's man for important negotiations. Besides, Bolaños is not a liar; when Félix gives his word on the president's behalf, it is always kept; I tell you from experience. Bolaños went to Catalonia with cheap but true gifts, and ERC remembered Virgil: Beware of Greeks bearing gifts. And even more so if the gifts are small. Bolaños is... the Government.

On Wednesday, Robles's team turned to El Mundo, the great tabloid of state leaks, and asked them to write that within the government, and I quote, "it seems that no-one is willing to go out in support of Margarita Robles". It is clear the Minister's allies were not amused by Bolaños the Greek's trip to Troy. Are El Mundo and Robles the State?

Yesterday, someone (no points for guessing who) leaked to El Confidencial that Pedro Sánchez's government, before Podemos was part of it, authorised the CNI to use Pegasus to hack into the phones of 18 leaders of the Tsunami Democràtic. Therefore, these 18 were spied on by the Government, according to these sources, with court authorisation. Did the State spy on the rest without authorisation?

I spoke the other day on La Base about goddess Artemis who, carrying a bow and arrows, represents hunting. The right-wing media repeatedly points to Belarra the Amazon as the archer who sticks her blue gaze into Robles, the fawn, so that her purple arrows pierce her beleaguered and lonely heart. Yesterday, El Mundo's leader was headlined "Minister Robles's loneliness". The day before, it included the following lines: "The minister's allies point to Podemos for using the alleged wiretaps on the independence movement to try to kick her out of government. They have turned her into big game, a piece longed for throughout this term. This is how her allies see it"

But Belarra the Amazon only represents the government's left wing and has no silver arrows that can pierce the hearts of the State's werewolves. Neither does Junqueras the bear have enough teeth to devour an oak tree [Translator's note: Roble is Spanish for oak]. While the right wing media points to the left, the coldest government practitioner prepares a lethal injection... Will the Government dare to administer this injection to the State?

Pablo Iglesias has a PhD in Political Science from Madrid's Universidad Complutense, is former secretary general of Podemos and former second vice president of the Spanish government