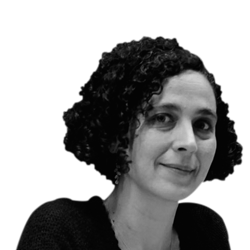 Migration as a political weapon

"Morocco takes note, and with all the consequences". This was the response of the Moroccan Ministry of Foreign Affairs to the hospitalisation in Logroño of the leader of the Polisario Front, Brahim Ghali. A week later, more than 8,000 people (a third of them minors) crossed the border into Ceuta irregularly. This is not new. At the end of February 2020, Turkish Prime Minister Recep Tayyip Erdogan warned the EU that it would "pay the price" for not increasing its financial aid and not supporting Turkish military operations in northern Syria. Days later, following the announcement of an open border policy, 13,000 people (including many families) attempted to cross the Greek-Turkish border in the Evros River area.

Who is Brahim Ghali, the man who has angered Morocco?

Migrations have always been susceptible to being used as a weapon of political and military warfare. The American political scientist Kelly M. Greenhill distinguishes different forms of this strategic engineering of migrations: with coercive intentions, when migrations are used as an instrument of foreign policy to induce changes and obtain concessions from other states; with the aim of dispossession, expelling specific groups to appropriate certain territories or consolidate power; or for economic reasons, seeking to obtain financial gain.

In the case of Ceuta there is no doubt that the Moroccan state is acting with clearly coercive intentions: it wanted to show what would happen if the Spanish government did not count on its cooperation in migratory matters. The message is clear: if Spain does not want a migratory crisis of these dimensions, it has to give in to their demands. And although they are demanding more money, this is not their only goal. They are asking, like Erdogan, for political connivance on certain internal issues. In the case of Western Sahara, however, for historical, social and geopolitical reasons, this support is not easy.

The message from the Moroccan state is clear: if Spain does not want a migratory crisis of this magnitude, it has to give in to its demands

In order to have coercive power, a great staging is essential. In this sense, rather than a migratory crisis, we are facing a theatricalisation of chaos. They have been let through and are being let back in. This is a "simple" reminder. So are the deaths at the border. While the deaths at the border are a staging of what could happen to those who dare to cross, the theatrics of the chaos these days in Ceuta are meant to remind the Spanish government of what could happen if it doesn't end up giving in to Rabat's demands.

Beyond the staging, the strategic use of migration also needs thousands of bodies ready to jump to the other side at any moment. This goes beyond the geopolitics of states, it requires lives on the margins. In the case of Turkey, it was the lives of those who have been suffering from the Syrian war for more than 10 years, within and without the country. They are also the lives of millions of refugees, most of them undocumented and suffering a situation of labour exploitation, discrimination and exclusion from the most basic social services. In the case of Morocco, they are not only migrants in transit. They are also Moroccan citizens, mostly young people, who have been dreaming of leaving for years and for whom the pandemic is only one more reason to do so. It is this present without a future, for both cases, that makes them easy prey for this state machinery.

By forcing neighbouring states to control the borders for us, we have put ourselves in their hands. Now it is they who want to set the terms

The images of Ceuta in recent days leave no one indifferent: from soaked children coming in from the sea to definitely desperate adults. Faced with these scenes, we blush once again. No one hesitates to call these policies immoral and shameful. But the European Union and its member states do not hesitate to respond in kind: in Greece, with the brutal action of the army at the border and the almost automatic suspension of the right of asylum; in Spain, with a discourse by the central government purely focused on the restoration of security and the defence of the border, deploying the army in the streets.

All this without realising a fundamental issue: at the external borders of the European Union, the use of migration as a political weapon is the direct consequence of our own externalisation policies. By forcing neighbouring states to control the borders for us, we have automatically put ourselves in their hands. We offered them incentives in return, from development aid funds to possible trade or visa agreements. Now it is they who want to set the terms. Having little choice, dependency has made us prisoners.

Blanca Garcés Mascareñas is a researcher at Cidob