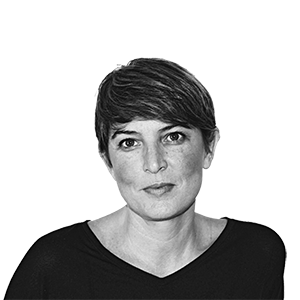 BarcelonaWe already knew that Joan Laporta has a gift for oratory, especially if we compare him with his predecessor. Josep María Bartomeu shied away from microphones and press conferences because he was aware that it was not his thing. He stumbled, he ate syllables and his muddled speech even when reading a paper contributed to confusion and, why not say it, to mockery. But what has made him a bad president, a disastrous one, is his management, not his command of the stage. Because, for example, he did not bother to give explanations about 'Barçagate' and limited himself to sending out a communiqué assuring that the audit (which we later found out cost 600,000 euros) exonerated the club and ruled that no one had been ordered to defame anyone. Everything the other way round. And he wanted us to buy it.

Bartomeu also had no qualms about defending the pact with the prosecution by which the Court condemned Barça for tax fraud in the signing of Neymar. Barça, not him or Sandro Rosell. The same Neymar, by the way, who later tried to sign again without success. And he wanted us to buy it.

On Friday he had the very bad idea of sending a letter to the current board which he also made public. I do not know if he is as clumsy as he sometimes seems or he is advised by his worst enemy, but the shot backfired and incidentally did a huge favour to a Laporta who was not too popular after dismissing Leo Messi. The 'Jan' of the old, longed-for days, the one of "que n'aprenguin" and "al loro", the one who eats up the world and makes crumbs out of whoever comes his way, is back. Confident, articulate, with a wit and capable of spending 32 minutes answering a question without a piece of paper in front of him, remembering all the points and arguing without his toupee twitching. An exhibition, really.

Yet, he did not give a single detail on how he will manage to get out of the hole that Bartomeu and company have dug so carefully and not even named in the two hours long appearance his great colleague Florentino Perez. It's all excitement, enormous emotion and a lot of enthusiasm. At least this time he spared us the talk of a splendid epoch ahead because we wouldn't have bought it. Not with the apocalyptic numbers that he had just given. To save the club from ruin he'll need more than lip service. He needs a plan. And he hasn't said a word about that yet.