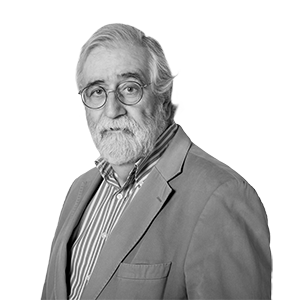 The same party (the PP) that has just swept the Madrid elections with 44.74% of the vote only two months ago obtained 3.85% in the Catalan elections, which, if Madrid's electoral law were applied, would have been left out of the Parliament. This difference in the results of a large, state-wide governing party in two significant territories - more than forty points and from almost an absolute majority to the possibility of being left out of Parliament - is unusual. It doesn't happen anywhere. Just as an example, Angela Merkel's party, the CDU/CSU, governs Bavaria with 37% of the vote; in the Baden-Württemberg elections the party considered it a huge disaster to get only 24% of votes, leaving it in opposition. Thirteen points difference, not forty. Any observer, with this data alone, would diagnose Spain as an ungovernable state because there are enormous differences and tensions between territories. Such a brutally contradictory political map - which you do not find in France, Italy or even Great Britain - is the expression of an unresolved underlying problem. In this sense, the forcefulness of the results in Madrid certifies that today Spain has no political formula within its reach to be governed with stability and efficiency.

Vicenç Villatoro is a writer