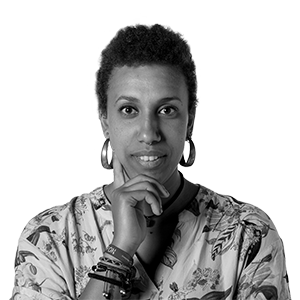 Homelessness has a migrant face

Many conclusions can be drawn from the notes in the report. To begin with, I will highlight one: it is increasingly clear that the law on foreigners must be repealed. And we must demand it in a clear and forceful manner. It is a racist and unjust law that makes the fact of migrating a factor of vulnerability that runs through people's lives and makes it difficult for them to access basic fundamental rights.

It is becoming increasingly obvious that the law on foreigners must be repealed. And we must demand it in a clear and forceful manner

Let me explain in detail. The bureaucratic obstacles to regularise one's situation, the police persecution, the criminalisation, the difficulty to find work, the lack of public facilities for people without the necessary documentation required to make use of them (a residence permit or EU certificate for EU nationals and proof of sufficient financial solvency to live in the EU), doom many people to live on the street. In fact, only 27% of EU citizens have the EU certificate. This impossibility to regularise their status is evidence that they have to deal with a system that excludes them and condemns them to a dead end.

During the pandemic we were told that no one would be left behind. Well, 22% of the people surveyed by the Fundació Arrels started living on the street during the pandemic, and the reason for coming to Barcelona was to look for work (unsuccessfully, it is understood). Have they been given solutions?

In addition to this, like any other phenomenon or social reality, homelessness has to be seen from an intersectional perspective, because within the system nothing is casual. These data are only the tip of the iceberg of the bankruptcy of the welfare state. We live in a situation of housing emergency and it is obligatory to guarantee the right of access to decent housing for everyone. And everyone are also those who live on the margins.

The problem is aggravated if we take into account that even today living on the streets is associated with many stigmas and taboos. There is a widespread idea that living on the street is a consequence of bad personal decisions. But the situation is more complex: structural conditioning factors have a major impact. Let's face it: we live in a capitalist system that operates in the most savage way, based on structures that make people precarious and violate them, especially those in the most vulnerable situations, such as migrants. The administrations should look after the health of all people, and they do not do so as they should.

There is a widespread idea that living on the street is a consequence of bad personal decisions. However, the situation is more complex

The stigmatisation of people living in the street is clear, and the authorities are often responsible for it. This idea is reinforced by a figure from the Arrels report: 17% of homeless people have received a sanction for being on the street during the state of alarm and lockdown. This is intolerable. Once again, institutional policies work from a repressive point of view with the most vulnerable people, without taking into account that the situation or the social conditioning factors that affect them make it impossible for them to comply with certain regulations.

Nor is it acceptable that in a country that calls itself democratic, and in a city like Barcelona, which often prides itself on being open to the world, 7% of the people who sleep on the streets (according to the report) are asylum seekers and do not receive the protection that their situation requires. It is because of things like this that the slogan "We want to welcome" has remained a dead letter and has become a facelift that evidences, once again, the hypocrisy of the countries of the global north. (A note on this subject: according to the Spanish Commission for Refugee Aid, in 2019 the Spanish state only gave protection to 5% of the total number of asylum seekers. An insignificant figure if we take into account that the European average stands at 30%)

The analysis of the phenomenon of homelessness makes it clear, once again, that racism is a backbone of the type of society that we have been building with unfair laws, impossible procedures, stigmatising looks and dehumanisation. No one deserves to live on the street, on the margins, excluded.