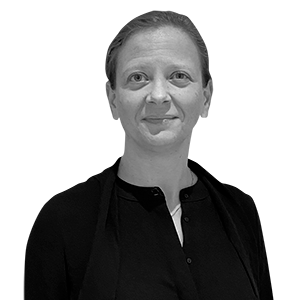 Bald-faced lies as an instrument of propaganda about Ukraine

‘Everything [President Saddam Hussein] did in the past was good and everything he will do in the future is good’. Journalist Åsne Seierstad was based in Iraq during the last days of the regime of Saddam Hussein. Takhlef, an Iraqi minder from the Ministry of Information accompanying her, made this claim (Seierstad, One Hundred And One Days: A Baghdad Journal, 2005) ‘How can you be so sure about that?’ Seierstad asks him. Takhlef answers, ‘I know it as a result of my belief in the party and his leadership.’ Åsne Seierstad does not press Takhlef, but thinks:

What sort of game is this? How long will it continue? How much longer must I praise Saddam’s shining hair? How often will Takhlef boast about the victories of the revolution and how wonderful everything would be in Iraq but for the sanctions? He knows he is lying, he knows I am lying, he knows that I know that he knows that I am lying. I keep my mouth shut. To report my questions and attitudes is one of Takhlef’s duties. (page 30)

These bald-faced lies (mentiras descaradas) were used as part of the strategy of the Information Ministry, ironically called since its business was disinformation. Did it work?

Do bald-faced lies work? How can they work when everyone knows them to be false?

Unfortunately, part of the Iraqi public would not have had access to other sources of information, other than those official ones. They either believed the lies, or at best doubted whether they were true. They couldn’t know otherwise.

A more interesting target of disinformation are those who have access to sources of contrasting information, such as most of us in Western countries, but who start to doubt what we knew to be true. This is a phenomenon called gaslighting, after the 1938 thriller play written by the British novelist and playwright Patrick Hamilton. It became famous after the adaptation to the cinema in a 1944 film by George Cukor (featuring Ingrid Bergman as the abused wife, and Charles Buoyer as the abusing lying husband). Gaslighting is now researched by psychologists, as a psychological manipulation strategy typical in abusive relationships. Gaslighting can also occur in propaganda directed at us to make us doubt, not our sanity (not yet at least), but the quality and professionalism of our institutions: our governments, our organizations, our media.

I thought of Takhlef and of gaslighting after listening to the interventions at the General Assembly of the United Nations earlier this week. Ukraine's ambassador , Sergiy Kyslytsya, called Russian President Vladimir Putin's decision to increase his country's nuclear readiness "madness" and accused Moscow of targeting residential buildings and civilian infrastructure, which he condemned as "war crimes." He said:

But the Russian ambassador, Vasily Nebenzya, blamed Kyiv for the war and repeated the line that Moscow wants to “demilitarize and de-nazify” Ukraine, and that Russia had acted in "self-defence," in line with Article 51 of the Charter of the United Nations. Other UN members have rejected this account, saying Russia violated Article 2, which says states should not use force to resolve a crisis.

More glaring was the bald-faced lie told by Nebenzya: "the Russian army does not pose a threat to the civilians of Ukraine, is not shelling civilian areas." We have all seen footage disproving this claim.

The same bald-face lies were told by Russian ambassador to Ireland, Yuriy Filatov, in an interview to RTÉ News, to the exasperation of the interviewer, who confronted Filatov and said, “that war in [Donetsk and Luhansk] was started by Russia, it was fomented by Russia, it was continued by Russia, Russia has been arming the separatists in those areas you mention.” Filatov’s staggering reply: “We did not”.

Later in the interview, Filatov claims that Ukraine only wanted to use diplomacy to prepare an attack against Russians. This is what is known as an accusation in the mirror, and it is a regular feature of propaganda that precedes massacres and genocides. Accuse your victims of what you plan to do to them. The Russian accusations of “genocide” against the Ukrainians have made my blood freeze.

The same rehearsed talking points were repeated by Sergei Lavrov when he addressed the United Nations Human Rights Council on March 1st. This time, about 100 diplomats walked out in protest over his country’s invasion of Ukraine.

Like the lies from the Information Ministry in Iraq in the early 2000s, these bald-faced lies have different targets: they are ways of controlling Russians, and they are attempts to confuse and gaslight other targets – us.

Ursula van der Leyen, President of the European Commission, announced the EU’s decision to “ban the Kremlin’s media machine in the EU.” And added that

“The state-owned Russia Today and Sputnik, and their subsidiaries, will no longer be able to spread their lies to justify Putin’s war. We are developing tools to ban their toxic and harmful disinformation in Europe.”

There has been some debate about this decision. Some argue that it is unnecessary censorship and that we should have access to a wide range of news sources. In principle, I would agree, but not now, and here will just give my opinion.

Thus, Santiago Alba Rico tweeted that it is “useless and dangerous” to ban Russia “media” from the EU, and that in a globalized world, the EU should protect the free press. He says that we should instead address Russia propaganda in Russia. I think this is a misguided diagnosis of what is going on, and a fantasy as policy recommendation.

First: Russia’s war against Ukraine means that the era of globalization that followed the end of the Cold War has now ended.

Second: It is impossible to “address Russia propaganda in Russia”. All the media is controlled by Putin’s government.

Third: We know the psychological effect of bald-faced lies and gaslighting as instruments of manipulation. We know about the role of disinformation campaigns during war time. Its goal is not to share contrasting information letting people form their own minds reflectively and openly. The goal is to divide and conquer. At this time, RT’s and Sputnik’s aim is not to fulfil the normal functions of the press. They do not distinguish propaganda from opinion and from reporting according to journalistic standards. And we at the EU are caught in the war, whether we like it or not. Let’s only hope some compromise can be reached before the worst happens – the worst: either the complete destruction of Ukraine, or a global war.