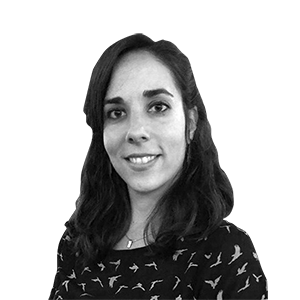 AstraZeneca in the spotlight

Since the covid-19 vaccines began to be administered worldwide, reports of progress or setbacks in vaccination on a global scale have not ceased to follow one after the other, with more or less controversy. In this context, and now that it seemed that, following specialists' recommendations, people were losing their fear of vaccination and were beginning to look forward to their turn, a host of doubts are once again undermining social confidence. This time, due to the appearance of thromboembolism in people who had been administered the Oxford/AstraZeneca (AZ) vaccine. Several countries, including Spain, have stopped vaccination with AZ. But is it true that AZ causes thrombosis?

To claim that the AZ vaccine induces thrombus formation is very bold. This is demonstrated by the fact that, of the 17 million doses of AZ that have been administered in the United Kingdom and the European Union, only 37 cases of thromboembolism have been reported. This figure represents 0.00021% of the population vaccinated with AZ in these countries

Science is characterised by following the scientific method, and no statement can be made without prior proof. It is for this reason that the competent authorities, such as the European Medicines Agency (EMA), are examining whether a cause-effect relationship between the vaccine and the thrombosis that has occurred can be proven.

EMA defends AstraZeneca vaccine: "A situation like this is not unexpected"

On the other hand, the WHO continues to support vaccination with AZ. Although it has opened a review of the data, it has announced that until the studies do not say otherwise, it recommends the use and administration of this vaccine. This organisation is based on the results of the clinical trial, which demonstrate the safety and efficacy of AZ.

AstraZeneca issued a statement on Sunday 14 March in which it stated that among the people who were included in the AZ clinical trial, fewer thromboembolisms were described in the group of people who received the vaccine than in those who had not received it. In fact, besides the side effects experienced by those who received the vaccine dose, which were already foreseen by the trial - such as fever, muscle pain, local inflammation caused by the jab, etc. - not many more are known.

The International Society on Thrombosis and Haemostasis has also issued a statement based on this data, in which it continues to support vaccination with AZ. It also adds that, given the millions of doses already administered, if a hypothetical link between AZ and an increase in the frequency of blood clots were to be demonstrated, it would be so extremely unlikely that it would make vaccination with AZ a recommendable tool. Without going any further, the incidence of suffering a vascular accident is 500 per 3 million people (0.016%) in the general population in two months. A figure well above the proportion of vascular accidents that could hypothetically be induced by the AZ vaccine. Thus, the benefits of vaccination in society would outweigh its potential adverse effects.

That said, in the post-approval process there is a period of pharmacovigilance by regulatory agencies. This means that new side effects that may appear - if any - have to be studied and monitored. In fact, this is what is being done now to find out if these thrombi really have their origin in the administration of the vaccine. But we cannot fall into the trap of thinking that every new pathology described in the population that has received the vaccine is a direct effect of it. Different pathologies are diagnosed every day regardless of whether or not you have received a vaccine.

At the moment there are data that support the efficacy of AZ and the benefits of vaccination in the fight against covid-19. Even so, the Minister of Health of the Spanish government, Carolina Darias, has suspended, as a precautionary measure, the administration of the AZ vaccine until the conclusions of the causality study made by the EMA are available. But the reality is that only one case of thrombosis has been described out of the 939,536 doses administered in the whole of Spain, while the probability of dying from covid-19 far exceeds this proportion. This suggests that in Europe an unjustified fear (at least with the data currently available) has set in and has triggered a worrying alarmism. The lack of rigour and of critical judgement have put a halt to vaccination with AZ. Vaccinating the most vulnerable people should be the main objective and, taking into account that the doses of the other approved vaccines arrive in dribs and drabs, this need should be met with AZ vaccines.

If the established vaccination schedule is to be met, the administration of AZ seems inevitable. The lives of many people are at stake

Moreover, given the pace of vaccination in the United States with its vaccines (Pfizer and Moderna) and knowing that President Biden wants to have a large part of the population vaccinated by July, everything suggests that there will not be large shipments of doses to Europe by these companies in the coming months. Therefore, if the established vaccination schedule is to be met, the administration of AZ seems inevitable. The reduction of mortality in countries with advanced vaccination rates such as Israel is clear, and we have to work for Europe and our country to achieve this milestone as soon as possible. The lives of many people are at stake.