The other victims of the pandemic

The covid has become a medical priority, which means other diseases are relegated, as explained by some patients with whom the ARA has spoken

BARCELONA Covid-19 patients are not the only ones affected by the pandemic. Last spring, patients with other diseases found they did not have access to their usual professionals; and saw how their tests, visits, or operations were postponed, since the first wave of the coronavirus forced primary healthcare units and hospitals to dedicate themselves exclusively to covid patients. This scenario threatens to repeat itself in the coming weeks and health workers warn of the consequences that patients with other diseases may have on the health of the population once again being excluded from the health system.

This week some large hospitals in Barcelona such as Hospital Clínic, Sant Pau or Hospital del Mar have already had to postpone non-urgent surgeries, or not schedule new ones to free up critical beds. At the moment, all of them are still maintaining urgent and oncological operations, and are looking closely at the interventions that can be postponed while also promoting major outpatient surgery, which does not require admission. Knee replacement interventions or hernia removals, for example, have been suspended. "Programming and deprogramming has been done carefully, because the goal is to maintain as much activity as possible. Nobody wants the covid pathology to relegate the rest because in the end it is about health control”, Mireia Puig, head of emergencies at the Hospital de Sant Pau, explains, and admits that this generates "frustration" among professionals.

The impact that the covid has had on the care of patients with other diseases can already be seen. For example, 21% fewer new cases of cancer have been diagnosed, according to a study by the Spanish Association against Cancer (AECC). The first wave of the pandemic has led to a decrease in both the number of new diagnoses and the initiation of new treatments. This is attributed both to the suspension of face-to-face medical activity during the lockdown months, and to the fear of patients to go to hospitals and primary healthcare centres for fear of catching coronavirus.

That this will take its toll on the health of the population is evident. "What remains to be determined is the magnitude this will have: whether or not cancers in more advanced stages are detected and what implications it has", Josep Alfons Espinàs, coordinator of the Health Department's cancer screening office, says. In the Sant Pau Hospital, for example, a rebound in cancer diagnoses was detected in summer because there were patients who had not been to the doctor before. The breast and colon cancer screening programs, which were stopped during lockdown, now work "but at a slower rate than what would be desirable", Espinàs admits. As the goal of screening is, however, early detection of tumors, screening "a month or two late has little impact". "Obviously, if delays accumulate, it will have more impact”, he adds.

Despite the pandemic, the rest of the diseases continue to exist. It is estimated that 35 strokes occur every day in Catalonia but activations of the stroke code were reduced by 20% last spring and patients arrived later and in more serious conditions to hospitals. Additionally, survivors have had less access to rehabilitation. It does not happen only in Catalonia. The situation is generalized. "Patients with cancer and cardiovascular diseases do not attend to doctors’ appointments as they did before. We must make an effort for them to come”, the cardiologist Valentí Fuster acknowledged a few days ago, who also admits that the mortality of these patients has increased. "We cannot say where things have gone wrong: if it is the patient who does not want to go to the hospital or if the hospitals have been negligent with non-covid patients". Health workers are making efforts to maintain non-covid activity but they warn that if the curve continues to grow, "the deprogramming will be total and that would be dramatic”, Puig admits.

All healthcare activity has suffered from the onslaught of the covid. There has also been a 40% decrease in the first visits of people with mental illness. "We are concerned because patients do not reach out to us although there is more mental illness as a consequence of the covid”, Víctor Pérez, head of the psychiatry service at Hospital del Mar, warns. He attributes it to primary healthcare, which previously screened these patients and referred them to mental health services, "now they cannot do it because they are busy with the covid”. But that patients do not arrive does not mean that they do not exist, he adds. He mostly refers to patients with depressive disorder, anxiety or severe mental disorders. "And as with cancers and strokes, when they come to our consultations, they will be more serious", Pérez concludes, and explains that they are working to implement a way for primary healthcare to be able to refer these patients to their correct medical specialists without having to visit them.

We have collected the testimony of several patients who explain how the pandemic has delayed their treatments, visits or surgeries. 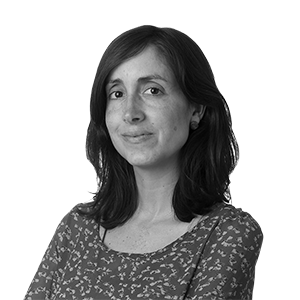