The expulsions in Ceuta breach Spanish and international law

Many young children have also been returned, denounce NGOs

The arrival of some 8,000 people in Ceuta, according to official figures (the local press claims there have been 11,000), overwhelmed the system, and on Tuesday and yesterday the Spanish police and army automatically returned the migrants to the other side of the border without identifying them or offering them legal assistance or the possibility of seeking asylum, in the cases of refugees fleeing wars or situations of persecution and who could ask for international protection.

I shouted "Asylum! Asylum!" but they wouldn't even let me speak ”
Ahmed Raf Refugee from Yemen

This is the case of Ahmed Raf, a 25 year old man we find disoriented in a street of the autonomous city. He shows us his passport from Yemen, still wet since he jumped into the water to enter Ceuta on Monday. "I shouted "Asylum! Asylum! Asylum! but they wouldn't even let me speak", he recalls. "I fled a country at war", he says, showing a huge scar on his arm, under which fragments of shrapnel are visible, "thinking that I would find safety in Europe". After a journey through Egypt and Algeria, he arrived four months ago in the Moroccan city of Nador, next to Melilla. He tried twice to gain access to the asylum office but the Moroccan police refused to let him pass. Refugee rights organisations say they have found around fifty refugees from Syria, Palestine, Yemen, Sudan, Libya and Eritrea lost in the streets of Ceuta, who were ignored by the police when they said they wanted protection. Raf says he knows Yemenis who were returned yesterday to Morocco.

The plight of minors

The other big problem is that of minors, children up to five years old who have arrived without their parents. They are the majority of those who remain in the industrial warehouses of the Tarajal industrial estate which had been set up as quarantine centres for the new arrivals and which are now overflowing. There have also been minors who have been returned.

"These returns do not comply with Spanish law or international standards. There is no individualised analysis, nor attention to situations of vulnerability, as is the case of minors or asylum seekers. The European Court of Human Rights has established that legal assistance and an interpreter are required. The Constitutional Court itself, in the law on citizen security, established a special regime for expulsions from Ceuta and Melilla and says that all this must be guaranteed", says Paloma Favieres, from CEAR. The situation of the minors is particularly serious: these children have to be immediately placed at the disposal of the child protection services of the autonomous city and cannot be expelled". Since the army took control of the ships on Tuesday, the organisation has had no access.

"In the ships there are very young boys and girls. And they have arrived in Ceuta alone. It is the main indignation of a historic crisis that has shown how far Morocco goes with its own citizens. These little ones are now being looked after by the Red Cross and the police are trying to find out their identity", explains local journalist Carmen Echarri. "They represent the great drama of immigration and a real problem for a city like Ceuta, which has no means to care for them". 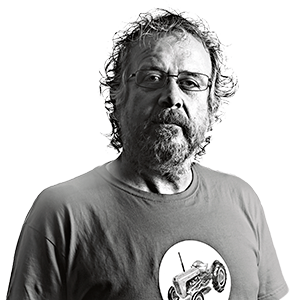