Lying is ingrained in the human condition. Although children are brought up to tell the truth, they soon realise that we adults tell quite a few lies. Everyone does it, whether by action or omission. Sometimes we lie simply out of selfishness, with the idea of making a profit, even though we may harm other people. Other times we do it in a pious way, thinking that in this way we benefit them.

From the field of psychology it is said that lies are a reflection of insecurity and mistrust, the fear that we have of not being accepted as we are or think that if we tell the truth we can be harmed. From neurophysiology, it has been known for more than a decade that, when we lie, specific neuronal circuits related to the imagination are activated, different from those that are activated when we tell the truth, which are related to memories.

To see if there are differences in brain activity depending on how the lie is told, researchers Jo Young Kim and Hackjin Kim, from the Department of Psychology at Korea University, conducted an ingenious experiment in which they monitored the brain activity of a series of volunteers. As they have just published in the journal The Journal of Neuroscience, pious lies with which we also hope to obtain some benefit activate slightly different areas of the brain than the lies we tell with a hundred percent altruistic intention. These areas are also different from those that are activated when we lie in a purely self-serving manner. Although we may often not realise it, the brain is constantly preconsciously assessing the goals and possible consequences of all the actions we take throughout the day.

Before this study began, it had already been shown that when we lie, the so-called medial prefrontal cortex of the brain is activated, which is involved, among other functions, in the regulation of social behaviour and the establishment of moral judgements. It was also known that areas of the cerebral cortex involved in the maintenance of attention, anticipation of rewards, decision-making, ethics, and impulse and emotion control are activated in a preferential way. In contrast, when we tell the truth, or rather, when we tell what we honestly believe to be true, other areas involved in working memory, cognitive flexibility, planning, inhibition, social behaviour, and redirection of attention are activated.

In this study, the researchers asked a group of volunteers to participate in a very simple game. The proposal consisted of identifying dots on a screen, while their brain activity was tracked with an MRI scanner. These scanners consist of a long, narrow tube inside which the person, stretched out, has to remain very still for the duration of the test, which normally increases the level of anxiety and stress. The fun of this experiment is that some of the volunteers were told that each time they lied when identifying the dots on the screen, the time they had to be inside the apparatus was shortened. The situation encouraged a self-serving lie. In other cases, on the other hand, they were told that their lies shortened the test time for other volunteers, but not for them directly. This was considered a white lie. Other volunteers were told that if they lied it would shorten the scan time for other volunteers and, incidentally, also slightly shorten their own, which was a white lie that also included a gain of its own. This allowed scientists to carefully track which neural networks are activated in each case.

As they observed, white lies that also have a self-serving component elicit much greater activity in the ventral and rostral areas of the prefrontal cortex, which are involved in decision-making and emotion regulation, and voluntary control of attention, respectively. The ventral area of the prefrontal cortex is also highly activated when we tell a self-serving lie, but the rostral area is less so. This area is activated when the lie is only altruistic, but not so much the ventral area.

In other words, pious lies that also include a self-serving benefit combine aspects of completely altruistic lies and completely self-serving lies. The brain, as the authors of the paper say, is constantly making value judgments about what we do or say and assesses what consequences our actions may have for ourselves and others, even in seemingly simpler situations.

David Bueno is director of the UB-EDU1st Neuroeducation Chair 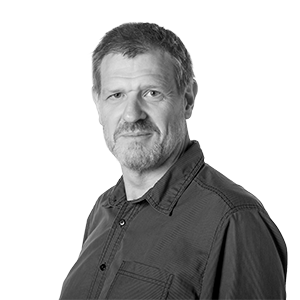