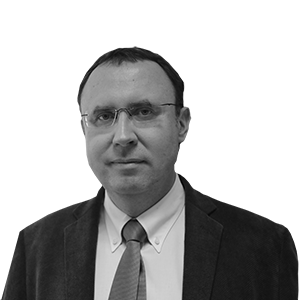 Of the many interesting stories in history, there is one that has always intrigued me. It is set in the 16th century and talks about the pictorial decoration of Michelangelo Buonarroti's Sistine Chapel. As is well known, the work depicts biblical scenes, but for the time it had a problem: there was too much nudity, which was censored with ridiculous veils that remained in place for 400 years. Some of them are still there. For the taste of the time, just like on Facebook or other social networks nowadays, nudity is unacceptable.

Now we find Pope Pius IV's decision, which was endorsed by the Council of Trent, ridiculous. Just as we are terrified by the fact that Galileo, a few years later in the 17th century, was about to suffer a horrible condemnation for saying that the Earth revolves around the Sun. Those who condemned him did not ask for forgiveness until the twentieth century, when more than a few people are denying that the Earth is round or that human beings are the result of evolution. Also in our time images have been destroyed or covered for religious reasons, and I can't deny that it's a bit scary to even talk about it. A tragedy. Just as it was for me to see twenty years ago in Cuba how many people did not dare to pronounce the name of Fidel Castro out loud, and when they referred to him they made a gesture with their hand on their chin simulating his beard.

And he was absolutely right, because when someone says that a thought may not be expressed, what they want is that the thought should not even exist. One can agree with these people on the fact that thoughts contrary to fundamental rights, such as sexist, homophobic or racist thoughts, for example, are to be rejected. But the question is how to fight against these ideologies. Banning the use of certain words is not the way, even if some people think they have done something important by imposing ways of speaking. They are not pioneers, moreover. Francoism, at a certain moment, was annoyed that Perrault's tale was called in "Little Red Riding Hood" and tried to change it, as if the main character could have been a communist when she was created in the 17th century. Again ridiculous and terrible, as when some fanatics in the Civil War burned images of saints thinking that in this way they were fighting the power of the Church. There is no lack of examples anywhere.

And they will continue. Now Disney and other platforms have censored Dumbo and other stories because they contain racist content, just as some Tintin stories have also been called into question, or a poor girl was judged for making a joke about Carrero Blanco. Or singers or poets who would never have been famous for stanzas or tweets that could have been in any song we listened to in the eighties, a golden age, by the way, when everything finally stopped being "tawdry”, “vulgar” o “irreverent" and we could start to enjoy films by Almodóvar, Bigas Luna, the parodies of Boadella or the lyrics of Kortatu, Loquillo y los Trogloditas, the Sex Pistols or Albert Pla, to name but a few examples, even though there were dozens of them and art - and freedom - was grateful for it. Just as the people of the time should have been grateful that Manet painted a naked woman in the 19th century, as Botticelli did in the 15th century after a very long period of unbearable puritanism, which led nowhere but to make humanity darker as less free. The list is endless, and if we have to talk about homophobia we could refer to Oscar Wilde, exiled in Paris for being homosexual, who died destitute in 1900 at the age of 46. Or Alan Turing, the discoverer of artificial intelligence, who died at the age of 41 in 1954 after receiving the same accusation. His death remains a mystery. Suicide, assassination, it makes no difference. Without that stupid accusation he would have lived more years of fruitful science. If we are talking about racism, don't forget Mandela and other heroes of equality. And if we are talking about sexism, don't forget Mileva Maric. You don't know her, do you? She was Albert Einstein's first wife. Do a little research on her life and you will see an irreparable sexist oblivion.

We can't erase the past and we don't have to. We have to know it and learn it, at any age. And reject what is contrary to fundamental rights with culture and its inherent persuasion, not with censorship and intolerance, which have never achieved anything but darkness. Much less with prison. Prison for speaking, singing, composing, for speaking one's mind? Yes, I'm talking about Pablo Hasél.