Although experts assure that the technology is already ready to be implemented, the lack of political will leaves citizens without a system that would facilitate voting in a pandemic situation like the current one

Whether it be on February 14, May 30 or whenever the TSJC deems appropriate, the elections to the 13th legislature of the Parliament of Catalonia will be very different from all previous ones because election day will take place under the effect of the covid-19 pandemic. Between voters affected by the virus and those who fear contagion, participation could suffer considerably. The most willing citizens are looking for alternatives and at this point the requests for postal voting are already 2.5 times those of the previous elections. But after so many months in which many people have discovered that it was possible to work from home and that many procedures can be carried out telematically, it is pertinent to ask ourselves why an electronic voting system has not yet been implemented. The answer has more to do with political will than with technology.

The necessary technology has been available for years and is up to the challenge, both for face-to-face electronic voting (with machines in the polling stations, which in other countries are used for complex votes like in the Spanish Senate) and for voting online. In the less important ones, such as the general assembly of Òmnium Cultural this week, voters can receive by e-mail a personalised link to access the voting platform, even adding a password that is provided by another means. In legislative elections like the ones we are dealing with here, access to the vote can be conditioned by prior accreditation as a member of the electoral census, by means of a digital certificate or electronic ID that must be complemented with a code received by SMS, as they do in France. The registration processes as a customer of some banks also demonstrate the viability of biometric identification and even the possibility of simply showing the ID card or passport to the camera on the phone to prove that we are who we say we are.

Once accredited as a voter, the voter accesses a page where he or she chooses the candidates using the browser on their computer or mobile phone. The content of each vote collected by the system is kept encrypted and linked to the identity of the citizen, just as postal votes are made up of two envelopes, one inside the other accompanied by the census card, and the voter receives a voucher that allows him/her to verify that his/her vote has ended up inside the ballot box. In Switzerland you can even check that your voting intention has remained intact.

When the ballot box is closed, the system usually allows to "shake them up" virtually before the count starts, to prevent any observer from being able to deduce patterns from the order in which the votes were received. The ballot box is opened by the members of the polling station by reconstructing the key that will allow the deciphering of the votes of that station - and only those of that station - and that had been distributed among all at the moment of constituting itself as a poll station at the beginning of the day. The electronic votes of citizens who have also gone to vote in person are then discarded, as is done in Norway. And before the votes are counted, they are disassociated from the identities, even though the identities are not destroyed to prevent someone from adding votes to a closed ballot box. The application of the recount is subject to universal audit processes and its operation and results are public, to the extent that any citizen can act as an auditor.

In short, as Jordi Puiggalí, Director of Research and Security of the Catalan electoral technology company Scytl explains to the ARA, e-voting has the same guarantees and offers the same confidence as postal voting, or even more, because it is more auditable.

Still, while other countries have already incorporated electronic voting, there is still reticence here. In a debate with candidates that the Col-legi d'Enginyers de Telecomunicacions organized last Thursday, only Jordi Puigneró, from Junts per Catalunya and current Nevertheless, although other countries have made use of electronic voting systems, there is still a certain measure of reluctance here. In a debate at the Telecommunications Engineers Association, only Jordi Puigneró, Catalan minister for Digital policy, defended its adoption. All other participants made the traditional calls to prudence and "doing things properly", without going into any more detail.

University professor Ismael Peña-López, on the other hand, did go. He is now director general of Citizen Participation and Electoral Processes of the Generalitat, an area attached to the Catalan Ministry of Foreign Action, Institutional Relations and Transparency. In a conversation with this newspaper, Peña-López acknowledges that electronic voting technology is mature, but clarifies that this is not enough. On the one hand, it must be implemented in parallel with conventional voting in order to generate confidence and habit among citizens, and this implies an extra cost of €5m compared to the €10m or €12m that normal elections to Parliament cost. This would not be an insurmountable obstacle, however, given that the additional cost of the exceptional device due to the pandemic will already be between €10m and €15m.

Both Puiggalí and Peña-López believe that the adoption of electronic voting in general elections must be preceded by its frequent use in other more restricted voting processes, whether in trade unions, school boards, chambers of commerce or a sports club. The politician goes further: digital elections to Parliament can be held when all citizens have voted virtually twice in other processes.

The two specialists also agree that, in the absence of this prior standardisation, applying technology represents a factor of social imbalance because the digital divide usually coincides, for example, with the educational divide. The result of the elections in the chambers and FC Barcelona's reluctance to accept the electronic vote that pre-candidate Victor Font proposed also makes it clear that the mechanism of participation can be a determining factor in the result. Finally, any politician fears that, if voting ends up being as easy and cheap (traditional elections mobilise 30,000 members over months, digital ones can be managed with less than 100 people) as electronic voting would allow, representative democracy will be blurred in favor of direct democracy.

This is perhaps one of the great keys that explain the little interest of our political class to advance towards the electronic vote. It is usually justified by the fact that Catalonia does not have its own electoral law and it is taken for granted that it is as part of a new Catalan electoral law that electronic voting should be considered. But establishing this is also a way of avoiding setting up an electronic voting system, because nobody really wants to alter the current relative weights of the votes according to territories. Peña-López points to a possible solution: disassociate the regulation of electoral procedures from the allocation of seats, with two separate laws. Hopefully. 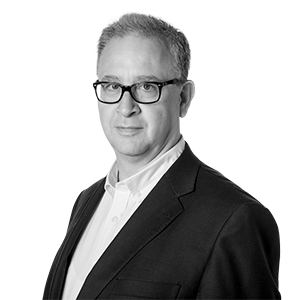