BarcelonaThe contest Atrapa'm si pots is a kind proposal from TV3 for weekend afternoons: a contest of accessible questions asked humorously by Llucià Ferrer. But this Sunday it was at the centre of a new controversy because a twelve-year-old contestant was asked what cereal most traditional Italian pasta was made of and she only knew the answer in Spanish. When she asked if she could say it in Spanish, the presenter reminded her that it was not an option: "Here, that's not an option, because it's a TV3 contest in Catalan and we have to answer in Catalan. I'm very sorry, but I can't accept it". The rules of the contest, to which ARA has had access and which are given to all participants, are unequivocal. "The answers given must be correct and exact, without changes or nuances and in Catalan," they read.

At the time of answering, the girl said "cereals." And, when the time was up, Ferrer revealed that the correct answer was "blat", the Catalan for wheat. The contestant then said "trigo", the Spanish for wheat, and the host made a joke of saying "el trig", mimicking the way Spanish speakers make up words in Catalan. The rules of the contest, again, state that "in case of error, misunderstanding or conflict in relation to the operation of any part of the contest, the decision taken by the producer will be conclusive and final, and the contestant agrees to abide by it in full".

However, a campaign has been launched against the contest in order to stoke controversy about the use of Spanish on Catalan public television. One of the first to fire was Inés Arrimadas. In a tweet, the leader of Ciudadanos wrote: "In TV3 they interview Otegi and "joke" with assaulting Civil Guards but they find it intolerable to respond in Spanish on a children's programme: «We are not having that!», says the presenter. The worst thing is the final mockery of "el trig". Hundreds of millions of public money to pay for this". Other Ciudadanos members, such as the former Hospitalet de Llobregat councillor Jesús Martín, penned similar messages. Daniel Sirera, councillor at the Catalan Audiovisual Council at the proposal of the PP, has said that he will ask the organization to analyse the program. "The CAC has the obligation to watch over linguistic pluralism and Spanish is not an anomaly that has to be corrected on the Generalitat de Catalunya's television".

The president of Vox in Parliament, Ignacio Garriga, has seized the opportuniy to (again) demand the closure of the channel. "And some continue to defend the «reform» of the most sectarian and costly television. The only one that it could have is the one that lead to its closure. And as soon as possible," he tweeted. There has also been no shortage of press headlines formulated to put the burden of blame on TV3. "TV3 prevents children from answering in Spanish in a contest" (Crónica Global) or "A TV3 presenter does not let a girl answer in Spanish during a contest" (Las Provincias).

The contest's presenter, Llucià Ferrer, wanted to downplay the situation and made a brief reference to the controversy on his Twitter: "You tell everyone is bored today.... Have a nice Sunday and back to work tomorrow!" More prolix was Patrick Urbano, co-director of the space, in a thread also on Twitter. "A quiz show is not a normal TV show. It is a meeting point of culture and a compendium of the things we know and believe important. And language is the backbone of all this," he reflected. "Language is one of the things that make us who we are, the most important, in fact, the key ingredient of the contest. And whoever doesn't want to see it acts out of other interests. This whole story hides not only a (terrible) cultural imposition, but also a (stupidly terrible) lack of cultural interest," he concluded. 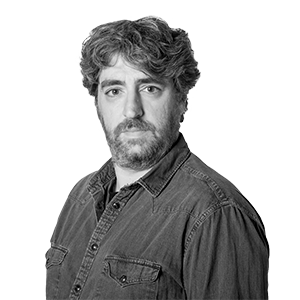