BarcelonaThis edition of Primavera Sound, starting this Thursday at the Parc del Fòrum and lasting until June 12, is meant to be a celebration of the return of pre-pandemic conditions, especially for the concerts held this weekend and on the 9th, 10th and 11th. Euphoria is the feeling the music industry is chasing and Primavera Sound is in a position to facilitate it: over 650 concerts spread over the 16 stages of the Fòrum and the 14 venues and halls across the city. Everything is set to break records because capacity is growing (up to 80,000 people a day) and because the new distribution of the two main stages, next to each other as in Santa Coloma de Gramenet's Rock Fest, instead of facing each other, increases capacity.

But even at a time so well predisposed to joy there is room for controversy. One of the co-directors of Primavera Sound, Gabi Ruiz, recalled on Tuesday that the festival does not feel well treated by Barcelona City Council, while in Madrid (where an edition will be held next year), the reception of the regional government and the City Council have been "impressive". "[In Barcelona], this local council formed by two parties does not want us. They don't think it's an important cultural proposal. They treat us as a nuisance," said Ruiz, who does not close the door to leaving Barcelona. We'll hear more about the controversy in coming weeks, but for now everything is ready for the festival's first weekend, with an offer that can be explained in 10 names.

The New York band was already one of Primavera Sound's headliners in the suspended 2020 and 2021 editions. There was a scare last week, when a band member caught covid, forcing two cancellations in the United States, on May 28 and 30. In Barcelona, they were scheduled to play twice, on the 3rd and 10th, but the first concert has also had to be cancelled. Other bands announced in 2020, however, have been dropped, including Massive Attack, Iggy Pop, Lana del Rey, Bikini Kill, Bad Bunny and C. Tangana, among others.

When the festival decided to go ahead with this edition, one of its star additions was Australians Tame Impala, heroes at the Forum in 2019 with their expansive psychedelic rock. The latest news from the band led by Kevin Parker is a collaboration with Diana Ross for the soundtrack of Minions 2.

Due to the pandemic, Nick Cave cancelled a world tour that was to play at the Palau Sant Jordi in April 2020. In exchange, the legendary crooner has been able to join Primavera Sound's line-up. The concert comes at a delicate time for the Australian musician, a few weeks after the death of his son Jethro Lazenby at the age of 31.

The supermainstream of North American hip hop struggles in southern Europe. Just look at Kendrick Lamar's tour, which goes no further south than Switzerland. Even so, Primavera Sound has managed to win over some top artists such as Californian Tyler, The Creator.

The album Lost & found, by Brit Jorja Smith, was one of the pleasant discoveries of 2018. Since then, the prestige of her contemporary R&B has not stopped growing. At Primavera Sound she will play four concerts: two at the Fòrum, on the 4th and 11th, one at the Sala Apolo on the 7th and one at the Paral·lel 62 (former Barts) on the 8th. Megan Thee Stallion, Tame Impala, Beck, Low, Rigoberta Bandini and King Gizzard & The Lizard Wizard, among others, will also perform at the festival

The idea was to programme this concert in 2020, the year in which the Manel paid tribute to her using a fragment of the immortal Alenar in the song Per la bona gent. With good judgement, the festival has kept Bonet on the lineup: she will perform this Thursday at the Auditori del Fòrum, the venue for special concerts. Manel will also perform, but on Saturday and at one of the two main stages.

She triumphed at the Grammy Awards with Golden hour (2018), record of the year and best country album. Three years later, she turned to an expanded pop aesthetic for Star-Crossed (2021), a fascinating divorce album that Kacey Musgraves will play this Thursday from the immensity of one of the main stages.

Little Simz has to be one of the sensations of this Primavera Sound, as cannot be otherwise for one of the most interesting voices of British hip hop. She already took part in the 2019 edition, but after her album Sometimes I might be introvert (2021) expectation has only increased.

Primavera Sound's small print always reserves some joy for the lovers of Nordic eccentricities related to black metal. This first weekend of the festival, and as always on the stage of the last standing, by the sea, fans will get a chance to listen to Abbath, the former Immortal frontman. Immortal was one of the bands that played a leading role in the explosion of fearsome Norwegian black metal.

A festival with over twenty years of history such as the Primavera Sound has witnessed returns of all kinds. This year at the top of the line-up is the reunion of Pavement, icons of 90s indie rock, but in a slightly smaller print punters may learn of another unmissable return: Jawbox, a band that emerged in the same fertile hardcore scene of Washington DC as Fugazi, and which during the 90s represented the very best of post-hardcore. 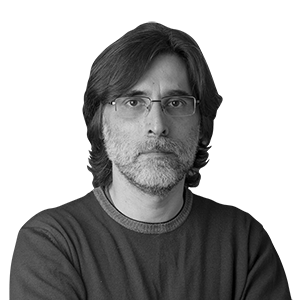