BarcelonaConsumer price index (CPI) in Catalonia rose 10.2% in August compared to the same month last year, but moderated one tenth compared to July, when it registered a 10.3% increase, according to data published this Tuesday by the Spanish National Statistics Institute (INE). The increase remains driven, above all, by the price of electricity, gas and fuel. Also noteworthy is the annual rise in the price of food, which this year is 13.8% more expensive than last year. This is the highest increase since records began, in January 1994.

According to Alfons Fernandez, of the financial economics commission of Catalonia's Association of Economists, "the most worrying thing is the increase in three tenths in underlying inflation" because "it tells us what a supermarket shop really costs without fresh food". Thus, Fernandez warns that now the shopping basket is more expensive than last month, "and this puts strain on families".

As a general assessment, Alfons Fernández considers that "we have to keep in mind that there is still very high inflation, above double digits". This is in addition to an autumn which is expected to be "very tough for families", the expert explained, "because the rise in prices joins an increase in interest rates".

In this sense, "on the one hand, we have high prices that make the shopping basket more expensive; secondly, we have more expensive housing, because the Euribor is at record highs, and, thirdly, we come from the holiday season, in which many families have spent the savings they had," details Fernandez. "Now they are depleted and this leaves us with two very harmful factors: depletion of savings and increase in the cost of living and debt, which will penalise families and the economy," he warned.

"It is possible that in the coming months –assures Fernández– prices will fall a little more due to government measures, but the year will end with very high inflation all the same". In any case, according to the economist, the increase in interest rates being carried out by the ECB to cool the economy is expected to work, "what is not clear is how effective it will be".

Faced with this situation, families are trying to cope with rising prices, often with a change of eating habits, as evidenced by a study published by the consulting firm Kantar. The firm has presented a report in which it points out that inflation has already left its mark on consumer behaviour. Some of the most evident changes are the reduction in the level of waste, which has fallen by 12% compared to last year, and the simplification of menus by increasing the number of single-dish meals. This option was chosen for 52% of meals at the end of the first half of the year.

In addition, in the last quarter, at the end of July, two out of five Spanish families have already reduced their average spending by 10% compared to the previous year. Despite this, Kantar argues that, despite rising prices and global uncertainty, 2022 will be characterised as "the return to pre-pandemic normality" in terms of large-scale consumption. Initially, the consultancy firm forecasts that household consumption at the end of the year will reach €80.54bn, a figure 0.2% below that of 2021.

With the inflation data now published, the political debate continues on whether the price of some products in the shopping basket should be limited. The Minister of Agriculture, Fisheries and Food, Luis Planas, asked for all those involved in the food chain, especially distributors, to act responsibly in an interview on Antena 3, in order to achieve "reasonable" prices, but without imposed measures and on a voluntary basis, alluding to the basic basket proposed by the Minister of Labour, Yolanda Diaz. "It is not about measures imposed on anyone, because I think that does not work either." Minister Teresa Ribera asked to "mage [Díaz's proposal] carefully" Díaz. 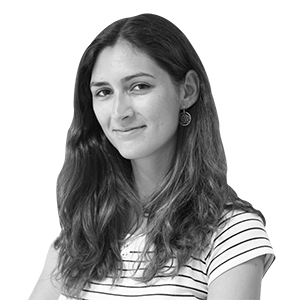