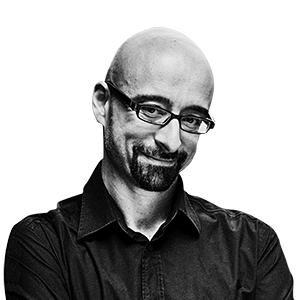 Virus spreads more through the air than on surfaces

When it comes to managing a pandemic well, you have to have as much information as possible to be able to take the right decisions. This knowledge is provided by science. But social urgency comes up against the fact that, by design, science is slow: it has to be very convinced before reaching any conclusions, to make sure it is correct. This difference in pace has created moments of tension since the emergence of covid-19, regarding, for instance, the issue of how the virus is transmitted: despite the months that have passed, no agreement has yet been reached, and this complicates defining the measures that are most effective in preventing contagion.

SARS-CoV-2 has a special predilection for lung cells. Like the SARS virus, its closest relative, it attaches itself to a protein called ACE-2, which is found in large quantities in the respiratory tract, in order to gain access to the interior of these cells. From these data and thanks to the first observations, it was quickly understood that SARS-CoV-2 entered the body through the nose, mouth and probably other mucous membranes. The entry point was therefore clear. It remained to be understood, however, how it got there.

SARS-CoV-2 is fatter than the viruses that usually cause infections (it is 125 nanometres in diameter), which is why it was initially thought that it was not easily transmitted by air: its weight should prevent it from travelling long distances. Early in the pandemic, studies determined that SARS-CoV-2 could survive for several hours on all types of surfaces, even three days in some cases. Thus, the first answer to how covid-19 spread was possibly through contaminated surfaces: a person would come into contact with an object containing the virus (technically called a vomit) and then touch a mucous membrane with the same hand.

As a result, recommendations to avoid infection focused on washing hands thoroughly and often, including wearing gloves in some cases, and thoroughly disinfecting all surfaces and clothing. With the data available at the time, these were the most logical actions, and the use of masks was recommended only to prevent positives from contaminating objects with saliva droplets.

However, as time went on, more information became available. Initially, work proposing that SARS-CoV-2 could also be transmitted through the air caused controversy: some researchers had seen that it could travel at least five metres in the tiny droplets of aerosols that we expel when we breathe and, above all, when we cough, sing or shout. This radically changed the paradigm: now the danger would not only be vomiting, but also crowded and poorly ventilated rooms, where the virus could accumulate in the air in sufficient quantities. Although not everyone agreed, the strategy was changed: facemasks were considered essential and efforts were directed at avoiding crowds in enclosed spaces.

Over the following months, critical voices began to question the initial analyses of virus survival on surfaces, because the conditions of the studies were artificial. According to these experts, in real life it was unlikely that enough of the virus would remain on an object to pass to another person and infect them. Meanwhile, the WHO refused to admit that air was the main route of transmission (out of scientific prudence they were waiting for more conclusive studies), and maintained the recommendations of hand washing and disinfection as paramount. It took them a long time, but they finally added aerosols to the list of important mechanisms of virus spread.

The importance of facemasks

Since then, facemasks have become increasingly important, and the debate about prevention has shifted to which masks are most appropriate. The news that, at the beginning of the year, Germany was considering making it compulsory to wear FFP2 type masks in shops and public transport put on the table the dilemma of whether it is more useful, from the point of view of public health, to use professional masks (safer, but also more expensive, uncomfortable and difficult to use well) or to continue with the usual ones. Most countries have chosen the second option. An intermediate alternative that has been gaining popularity lately is the double mask (one clothing mask over one surgical mask), which has a very high efficacy rate.

So how is SARS-CoV-2 transmitted, by objects or through the air? With the current data, the consensus is that surely by both ways, but mostly by the second one (although the proportions are still under discussion). That's why last week the editorial of the prestigious scientific journal Nature called for an end to spending public resources on disinfection, as many countries still do, in favour of more ventilation, more masks and more air purifiers, measures that will have more impact.

While the measures are being updated, the most prudent thing to do continues to be to monitor all possible routes of infection, even the less frequent ones.

Lots of mosquitoes, cockroaches and rats: this is what summer will be like in Catalonia

Octopus, an unexpected ally in the struggle against blue crabs

Climate refugia: from the Weddell Sea to Jordà beech forest