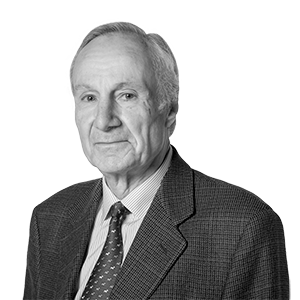 Where will the money come from?

Important and difficult days lie ahead. I think it should not take much to agree on two things: that, without sparing any effort to combat the health crisis, we must step up the fight against the economic and social crisis; and that both will require a lot of effort and a lot of economic resources.

We will need a lot of money over the next few years, both to make the current economic situations of people and companies less difficult and to boost the recovery and restructuring of our economy. Two experiences I have had - the industrial restructuration when I was in the government in Madrid and the digital revolution when I was in the European Commission - lead me to believe that investment needs will be very high, both private and public. That is why I dare to make a series of recommendations, especially with the new Catalan government in mind.

1. The origins of the funds. Later I will talk about private funds, but the public funds available in Catalonia will come from its own revenue, transfers from the State, transfers from the EU and debt. The great novelty for these next years is precisely the large amounts of aid from the EU and the possibilities provided by the ECB for debt. This is undoubtedly a great opportunity, without which it would be very difficult to get out of the crisis. It is necessary, however, to take into account three aspects derived from the relationship with the State that may hinder the amount of transfers. One, already well known, is the current financing system, which causes an excessive fiscal deficit, not compensated by the State's direct investments in Catalonia. A second is the formula for the distribution of the extraordinary funds that the Madrid government will have to distribute among all the communities. And a third is related to the intermediary role that Madrid will have as a transmitter of the aid received from the EU. For these reasons I think that the agreements that are negotiated, whether bilaterally or with all autonomous communities, will determine the final figures. We must not forget the importance of this negotiation to ensure more resources. And we must think that in our case, unlike other parts of Europe, the possibilities of further debt are relatively limited due to the large existing debt.

We will need a lot of money in the coming years. Catalonia's negotiating attitude towards Spain and the EU must be firm, but not confrontational.

2. End use. The problem is is similar everywhere, but let us not forget that the extraordinary resources we will have at our disposal must be used to resolve situations of present difficulties, both for individuals and companies, but above all to help make the necessary reconversions to guarantee a better future. In the case of Catalonia, this means returning to a more industrial and technological economy, and reducing the importance of certain types of services related above all to low-quality tourism; promoting the creation of knowledge and its transfer to the business fabric; and recovering in the world of digital technologies and sustainability the role that our country had already played some decades ago in that industrial stage.

My experience tells me that to achieve this we need an investment attitude from the private sector, but guided, stimulated and helped by the public sector. There are important investment possibilities in many economic sectors, but it is necessary to create opportunities that involve a certain degree of public-private collaboration. The new government needs to be aware of this and promote these opportunities, either by co-financing or perhaps even more by promoting basic measures, such as improving the education system, giving more support to research and innovation activities and financing public structures that facilitate this.

3. Political strategy. It is not my place to do it, nor can I decide a programme for a new government. But I would like to insist on a central orientation when it comes to constituting it.

For reasons of public health, economic recovery, attention to the most disadvantaged and the need for sustainability, we will need more resources than we have now. Let us be clear about the sources of these resources and let us not jeopardise them with mistaken positions towards those who should be our allies, but could become our opponents: Spain and the EU. In both cases the negotiating attitude must be firm (reduction of the fiscal deficit, increase in state investment, appropriate distribution of European aid...) but not of confrontation or unilateral positions of force.

Let me summarise this strategic orientation in three short sentences: 1) money is not everything, but without money it is very difficult to carry out good policies in times of crisis; 2) brashness in relations towards others without having sufficient strength can lead to great failure, and 3) when forming a new government it is necessary to do so bearing in mind what the immediate priorities will be.

Joan Majó is an engineer and former minister

Seat, Iberdrola and the State will set up the first plant for electric car batteries near Martorell