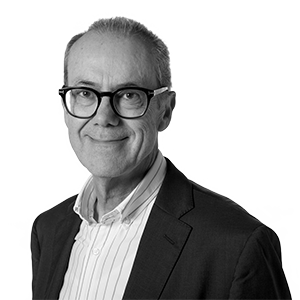 The value of life

On the anniversary of the first lockdown to protect us collectively from covid-19, it is time for balance and reflection. From a historical perspective, I find it very useful and sobering to compare it with the closest precedent: the 1918 flu. It was the last great world pandemic. In fact, we say 1918 but there were new outbreaks and it lasted until 1920. However, the highest mortality occurred in 1918. It is not known for certain how many people died worldwide from what became known as the "Spanish flu", not because it came from Spain but because it was in Spain, a neutral state during World War I, that it was openly talked about in the press. The events in Spain alerted the other countries that they were suffering from the flu, but under censorship. There is talk of between 50m and 100m deaths, which, compared to the world population at the time, represents between 2% and 4%. The equivalent of today's world population would have been between 150m and 300m dead. Fortunately, nothing like what has happened to date. The reactions of the authorities have been much quicker thanks to more globalised and transparent information. The reaction in terms of public health has been truly transversal and the healthcare and scientific reaction has been spectacular and exemplary.

Let's look at a very close case for which we have good data: what happened in Spain. The 1918 flu produced an excess mortality compared to the 1917 data of 230,000 deaths, a 1.08% higher mortality rate. The pandemic of covid-19 has increased the deaths in 2020 with respect to those of 2019 by 86,000 people, an increase of 0.18% in the mortality rate. That is, an impact six times lower. Despite the fact that Spain is one of the countries where there has been a proportionally higher mortality rate, we should congratulate ourselves for the great improvement in terms of public health compared to a hundred years ago.

What was the economic impact of the 1918 flu? If we look at the best available data on GDP at constant prices, we can see that in Spain it fell by 1%. Being a neutral state, not suffering the direct impact of the conflict and it being the last year of the war, we can consider this a reasonable estimate of the economic disruption caused by the flu pandemic. What was, for the year 2020, the fall in GDP at constant prices in Spain? 11.5%.

The impact of covid-19 in 2020 on mortality has been much less than that of the 1918 flu. But the economic impact has been much greater

The impact of covid-19 in 2020 on mortality has been much less than that of the 1918 flu. As I said before, six times less. But the economic impact has been much greater, specifically 11.5 times more. What a paradox! A health success and an economic failure. The comparison of the two figures - impact on mortality and impact on GDP - brings us back to the controversy that has been going on all over the world from the very beginning: health or economy? It continues to be the element that tensions all debates and that has, we cannot deny it, strong political resonances. In general, the right is more sympathetic to the demands of the economy and the left is more sympathetic to health demands, with many nuances on both sides, of course.

This multiplier -more than sixty- sums up the increase in economic impact in relation to the increase in demographic impact. In other words: how much the value of our lives has increased from 1918 to 2020. It is a spectacular coefficient.

The increase is partly due to the fact that real GDP per capita has increased roughly tenfold, and our lives, in reductively economic terms, are more valuable: ten times more valuable on average. But it also means that the appreciation of life, at equal income, is much higher - more than six times higher. The danger of death becomes more threatening and many more health resources are mobilised to overcome it. We will demand much more is done to fight against the risk of death. Health - life, in this case - is worth much more to us than it was worth a century ago. More than sixty times more. It should come as no surprise that we spend more and more on health and that we demand that public authorities spend even more.

Albert Carreras is the director of ESCI-UPF