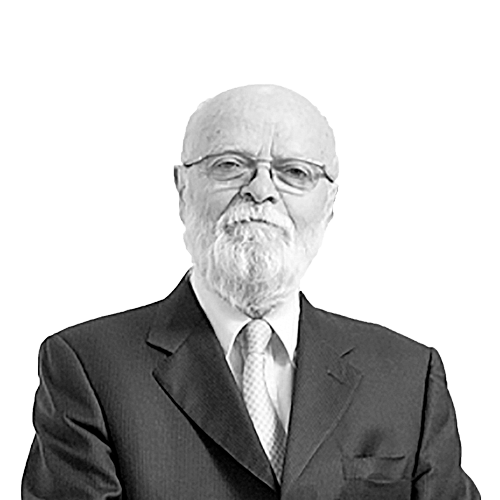 Spain: a democracy of judges and civil servants

The characteristic feature of a democracy lies in the recognition that national sovereignty resides in the people, from whom all the powers of the State emanate. According to Montesquieu's well-known and hackneyed triptych of the division of powers, the three branches of government -legislative, executive and judicial-, regardless of their different origins, have to function with an exquisite balance to avoid interference that ends up undermining the pillars that support democracy.

I find the debate on whether Spain is a full democracy puerile. Any moderately enlightened person knows that full democracy does not exist. Consolidated democracies are those that are aware of their imperfections and try to correct them. One of the greatest shortcomings of democracy, and one that should cause alarm among citizens, is that which allows the Judiciary to usurp all the powers that belong to the people.

The crime of disobedience in our Penal Code cannot be applied to people who hold positions elected by popular sovereignty.

We are witnessing, unmoved and with the support of sectors of opinion and the media, the consecration of a democratic system in which the only power that decides on the competences of the Legislature and the Executive is the Judiciary. A parliamentary democracy cannot survive without protecting the inviolability of parliamentarians in the exercise of their functions and the supremacy of their decisions, taken within the scope of their legislative powers and in accordance with their Rules of Procedure.

The sentencing of Speakers of Parliaments and the dismissal of Presidents of the Executive, decided by a judiciary that not only has no competence to do so, but also blatantly violates the rules governing the application of criminal law, is unparalleled in any democratic country.

The era of judicial activism begins with the conviction of the President of the Bureau of the Basque Parliament (Atutxa case) which, to our shame, has been annulled by the European Court of Human Rights. The case is shocking for several reasons. Firstly, he is condemned for disobedience to the Supreme Court with the sole accusation of the popular action. Secondly, it ignores the intangible power of the Chambers to regulate the internal functioning and the respect and defence of the elected parliamentarians. Thirdly, this decision, in an unjustifiable way, contradicts with the doctrine of the role of the Popular Accusation in the case of Botín.

From this moment on, the intrusiveness and political activism of the Supreme Court, disqualifying representatives of popular sovereignty, both parliamentary presidents and presidents of Basque and Catalan governments, has not ceased and seems set to continue. The arguments used would astound all constitutionalists who read them.

In short, they have been disqualified, as they are considered administrative authorities or mere civil servants, like any Head of Department or person integrated in the Public Administration. When the Atutxa case happened, the Organic Law governing the functioning of the Constitutional Court had not yet been reformed. In a decision of the Government of the Partido Popular, harshly criticized by three dissenting constitutional magistrates and by the whole constitutional doctrine, the Constitutional Court was set up as the supreme power of the State, above popular sovereignty, building a contrived crime of disobedience that ignores the current regulation of this kind of offences in our current Penal Code.

Only a mind devoid of a minimum democratic culture can maintain that parliamentarians are administrative authorities or civil servants.

This legislative reform (2015), as one of the private votes says, was intended to condemn for disobedience Catalan politicians who had initiated the "roadmap" to independence. Article 410 of the current Penal Code is the one that punishes disobedience. This precept is intended exclusively to protect the correct and normal functioning of the Public Administration. It cannot be applied, without serious distortion of legal knowledge, to people who hold positions elected by popular sovereignty. Their status as authorities or civil servants can only be maintained by those who do not know how to distinguish between representatives of the people and individuals who, by competitive examination or by appointment, enter the service of public administrations.

In no constitutional system are parliamentarians administrative authorities or civil servants. According to the Penal Codes, including those of the Franco regime: "anyone who, by immediate provision of the Law or by election (i.e. by designation) or by appointment by a competent authority, participates in the exercise of public functions, shall be considered a public official" (art. 119 of the Penal Codes of 1963 and 1973). Article 24 of the current Penal Code reproduces mimetically the text we have just mentioned. Only a mind devoid of a minimum democratic culture can maintain that parliamentarians are administrative authorities or civil servants.

The most striking criminal nonsense can be found in the sentence that disqualifies and dismisses President Torra for the placement of yellow ribbons that symbolized the protest, multiparty, for the arbitrary detention of those convicted for the Catalan independence bid, according to the opinion of UN working groups. The Central Electoral Board is attributed the status of constitutional body and hierarchical superior of a President of the Government, both Central and Autonomous, making a far-fetched interpretation of Article 70 of the Constitution, which is limited to establishing the causes of ineligibility and incompatibility of Members of Parliament and Senators.

With the current Penal Code, the crime of disobedience, within the public administration, is only applicable to administrative authorities or civil servants. If they want to extend it to the representatives of popular sovereignty, they will have to draft a new and specific article, the constitutionality of which, a priori, seems untenable to me.

José Antonio Martín Pallín is emeritus judge of the Supreme Court, commissioner of the International Commission of Jurists (Geneva), and lawyer.