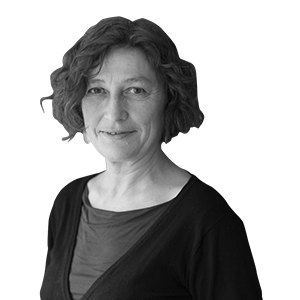 Rocío Carrasco, one of ours?

We have long been able to identify direct violence, physical violence and sexual violence. Now we are also able to identify sexual harassment in the workplace and psychological violence, the most difficult to recognise for those who suffer it and even more difficult to prove before the police and the courts. Violence that undermines self-esteem and turns us into submissive, insecure and negated women. If we are able to identify this violence, it has been thanks to women who have broken the silence and have exposed their bodies to public opinion. I am talking about Ana Orantes, I am talking about the girl raped by a group of men in Pamplona, I am talking about Nevenka Fernández and I am talking about Rocío Carrasco. Yes, the one who until now we knew as Rociíto and who is now Rocío Carrasco. We've stopped infantilising her and we've turned her into a woman with a name and surname. But has it been us? No. We have only reaped the fruit of her courage, of her reconstruction process. Of a woman whose environment did not believe in her and did not help her. Perhaps they didn't know, perhaps they didn't dare, perhaps they doubted. They doubted her and so many women subjected to an abuser. And now, even feminists are questioning her, perhaps because she is not "one of ours"?

We must admit that Rocío Carrasco, whom we don't consider "one of ours", and a television that is for the "others" have achieved what we have been unable to do

Psychological violence has crept into prime time, it has reached an audience which mainstream feminism has never reached. It's true that we would all have liked to see these denunciations in a space where the majority of talk show hosts were familiar with the circle of male violence and where they could contribute a feminist point of view. But this has not been the case and, perhaps because of this, we have all begun to understand how psychological violence manifests itself, how it destroys women's will, mind and life. And precisely because it is broadcast on a private channel that makes a spectacle out of life, the message has reached a segment of the population that would never, ever have been reached by academic discourse or more classical feminist spaces. Therefore, despite the spectacle that none of us like, we have to put our feet on the ground, we have to abandon our ivory towers, cleanse our classist outlook and check our egos and arrogance. We must admit that Rocío Carrasco, whom we don't consider "one of ours", and a television that is for the "others" have achieved what we have been unable to do: make psychological violence visible to the general public. This is the same psychological violence bell hooks calls terrorism because it is a socially acceptable form of coercion. Perhaps from now on it won't any longer.

We can criticise the format and the channel but we have to leave our place of privilege and recognise that the show has opened the doors to a reality that until now the media had not been able to show with the forcefulness of the documentary series Rocío Carrasco: telling the truth to stay alive. To focus on the format, which I insist, I don't like, is to elevate the anecdote to the whole. It's the myopia that only allows you to see the reality at the tip of your nose. Has Telecinco made money out of it? Yes. Did it want to cleanse its reputation? Yes. Is it all hypocrisy? Maybe. So what? In fact, the network has been faithful to its track record. Making a business out of pain and intimacies. But, this time, we welcome it.

Thanks to the show, many women have identified the violence they experience and have begun to think that they are not crazy. And this is a giant step towards their recovery. Women whom feminist discourse reaches as a noise that they can't decipher. We have to applaud it, wherever it comes from, and especially if it comes from a woman who is not "one of our own". Or is this not what feminism has taught us? To all those who have been criticising Carrasco for days because they say that male violence is not something to make a spectacle of, or because she has taken so long to denounce it or because she is famous, I would only say that they should check the data. In just one week, there has been a 42% increase in calls to 016, the state telephone number for victims of gender violence, a 100% rise in email queries and 61% rise in calls to 900 900 120, the Generalitat's hotline against gender violence.

For many days now, psychological violence has been on the front pages and in the news and is at the centre of prime time

The figures show us that no one can set themselves up as the ethical discourse. Perhaps what Dolores Juliano says would be ethical: that those who enjoy the privilege of having the legitimised discourses support those who do not. Discrediting Rocío Carrasco because she has been paid is once again short-sighted and brings us back to the anecdote. She has made a living by making her life public, so she is coherent. Perhaps more coherent than some of those who criticise her. As Julián Contreras, son of Carmina Ordóñez, also mistreated by her partner, said, the money collected can be considered compensation for all the damage that the media and a feminism that continues not to consider her as one of our women ours.

Rocío Carrasco and the most silent violence

Whether we like it or not, despite the perversion of the show, Telecinco has complied with the law and has contributed to prevent and raise awareness against gender violence. Therefore, with all my misgivings, we must welcome the show. For many days now, psychological violence has been on the front pages and in the news and is at the centre of prime time. The figures confirm what feminists have been saying for a long time: the media can help fight against male violence. Maybe now, call me optimistic, there will be a before and after that will change the way the media deal with the topic. Maybe now we will understand what feminism defends, that there is no profile of an abused woman nor male abuser. Perhaps now we will understand psychological violence. Perhaps now justice will be a little less patriarchal. Feminism will have won, the media will have won and society will have won.

Isabel Muntané is a journalist