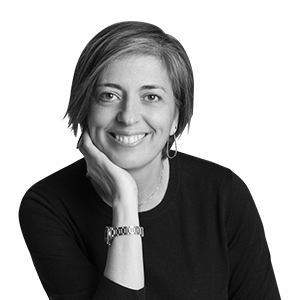 A few days ago, returning home on the AP-7, we were stopped by long queues before we drove through a police checkpoint a vehicle at a time. The checkpoint's aim, I imagine, was to find out people who were travelling with those other than their cohabitation bubble. In a pandemic situation everything is very strange, but I felt very uncomfortable, and I thought that the concept of cohabitation bubble was retro and that it doesn't respond to today's personal relationships and families.

Passing through the checkpoint, I saw a vehicle stopped with a man explaining himself to a police officer. I imagined that they were a divorced couple, who had three children in the car, one of them was hers and two his but who don't live with them because the custody belongs to their mother, his ex-wife. They took out census papers, birth certificates and court rulings before the police officer, they explained and exposed their private life, too complex for the simplicity of retro bubbles. I wanted to believe that the police officer didn't fine them. A little further on, a girl from a LAT couple - acronym for living apart together - insisted to the police officer that they are family even though they don't live together, and that this is precisely the essence of their relationship. Too much nuance for the police officer, who had to stick to the retro bubble, and I don't know whether they convinced her. And on the way out I saw a woman who was in the car with two men and I suspected that they were polyamorous - they would not avoid the fine.

The state, in whatever form it takes, has to be very, very careful when it comes to regulating citizens' private life, especially in relation to family and personal relationships, where uniformity does not exist, and where diversity is part of the minimum freedom that we must be able to enjoy. With the regulation of cohabitation bubbles it is very easy for the limits not to be clear and the administration's actions to become disproportionate and unfair, or at least feel that way, as it did while I was going through the checkpoint.

Montserrat Tur is a collaborative lawyer, mediator and coach.